Anthropology is the study of the human species as a whole; it requires mastery of a variety of fields. The Honors Tutorial program in Anthropology balances a commitment to breadth and rigor with an opportunity for self-disciplined and highly motivated students to explore fundamental and cutting-edge issues creatively.

It is a four-year program during which time students are expected to take a tutorial course each term, along with language, collateral studies and upper-division anthropology courses. This enables students to acquire the full range of skills necessary to successfully continue in graduate study. Students will have excellent opportunities for intensive study with all the faculty members in the department.

Tutorials during the first two years are fixed content: students will take one tutorial in each of the fields of anthropology covered by the department. The second year tutorials will focus generally on theory and method, but may be taken in any of the sub-fields. At the end of the second year, students must declare a field of specialization that will become the focus of their tutorial courses in their third and fourth years.

Tutorials and courses during the third and fourth years will enable students to pursue areas within their specialization in depth and to explore synthetic issues. During the fourth year, students will use their tutorials to develop and write a thesis based on original research.

Many received fellowships or research assistantships because of their undergraduate research experiences. They have also entered many governmental agencies, including the Peace Corps, AMERICORPS, VISTA, Park Service, and National Endowment for the Humanities. Students in cultural anthropology often get positions in NGOs focused on US or international development. Archaeology students are employed in cultural resource management firms, historic preservation offices, contract archaeology businesses, or museums. Students in biological anthropology have graduated with positions in forensics labs, zoos, and primate centers.

The dean of the Honors Tutorial College and the Director of Study select applicants on the basis of superior academic ability and the potential for self-motivated study and research. A high school class rank in the upper 10% and high scores on standardized tests are encouraged, while an essay and a personal interview with the Director of Study are required for entry as a freshman. Applications for transfer are accepted by November 15 of the freshman year. 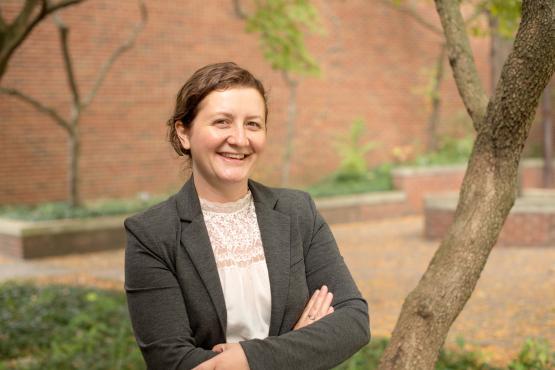 Musaraj, Smoki and Ivan Small. 2018. "Introduction: Money and Finance at the Margins.: In Money at the Margins: Global Perspectives on Technology, Inclusion and Design. New York and Oxford: Berghahn Books. pp. 1-18.