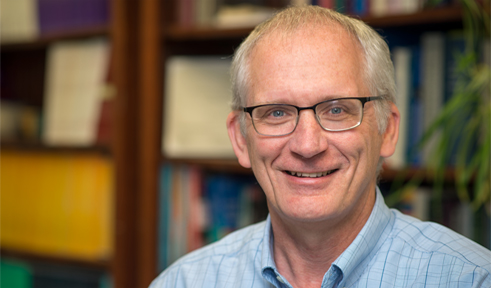 Steven W. Evans is an award-winning professor in the Department of Psychology and is the Co-Director of the Center for Intervention Research in Schools in the College of Arts and Sciences. His research interests are focused on school-based treatment development and evaluation for adolescents with attention deficit hyperactivity disorder (ADHD) and related problems. He developed the Challenging Horizons Program, which is a school-based treatment for middle and high school youth with ADHD.

Evans has maintained federal research funding from the National Institute of Mental Health and the Institute for Educational Sciences to support this work for several years. He is a licensed clinical psychologist in Ohio and works with graduate students pursuing their Ph.D. in clinical child psychology. Through his work, Dr. Evans has made a commitment to providing high-quality training experiences that prepare undergraduate and graduate students to conduct interdisciplinary treatment outcome research and become effective practitioners.

A groundbreaking researcher and an exceptional professor, Evans earned his undergraduate degree from Bowling Green State University, master’s degree from Ball State University, and Ph.D., in clinical psychology from Case Western Reserve University. He has received several awards for his teaching and research, including being honored as a 2017 Presidential Research Scholar at Ohio University. A former special education teacher and director of various school mental health projects, Evans has served as the editor for five books, published more than 150 articles and book chapters, and is the editor of the journal, School Mental Health.