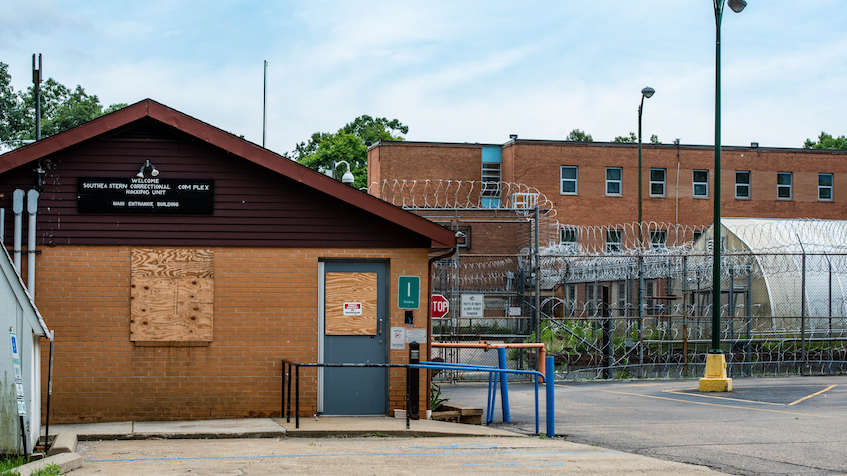 A unique facility focusing on the treatment and reintegration into society of women fighting addiction could begin seeing patients early next year. The question of expected launch timeframe and others were answered and discussed during a public meeting Monday, Oct. 15, held by the Appalachian Recovery Project (ARP).

Several dozen officials and community members gathered at the Inn at Hocking College in Nelsonville to hear from a panel that included ARP members from the Ohio Alliance for Innovation in Population Health (Alliance), Hopewell Health Center, the Ohio Department of Rehabilitation and Corrections and Hocking County elected officials. A number of representatives from area organizations were joined in attendance by local and state officials to learn more about the new facility.

Last year, Hocking Correctional Facility closed its doors, resulting in a significant setback to the local economy and the services it provided. Ohio University’s College of Health Sciences and Professions took the lead with 19 different organizations, including the Alliance, to form ARP and create a plan to repurpose the facility to offer a range of services to women with substance abuse.

The new jail facility will accommodate rehabilitation for more than 300 women who have been convicted of misdemeanor offenses and are dealing with substance abuse and addiction. Athens County Common Pleas Court Judge George McCarthy asked for clarification on this qualification as he was hoping this facility would be able to assist women who come through his court for felony-level drug offenses.

Hocking County Municipal Court Judge Fred Moses said jails by definition are meant to house misdemeanor offenders. However, he added that judges can require offenders to complete rehabilitation programs, including low-level felony offenders. Moses pointed out that a number of crimes, such as theft, are committed to fuel addiction and those women would also qualify for the rehabilitation facility.

“The beds are there to be used,” he said, adding that the qualifications for entry into the programs could change over time.

The panelists, led by Rick Hodges, director of the Alliance, explained that the facility will use some of the qualities of a jail and a community-based correctional facility. Shannon Bishop, of the STAR Community Justice Center, explained that the facility would seek to not only treat women addicted to drugs but also provide training for workforce development. Discussion from the panelists and community members in attendance emphasized the need for detoxification and society reintegration programs for the new facility.

Other organizations, such as Athens County Children Services, inquired about integrating services with the jail. Hodges said everything is on the table.

“We want to do the right thing,” Hodges said. “We’re learning as we go. This facility is the first of its kind in the country and we’re moving forward very deliberately with a lot of these questions being incorporated and answered as we move along.”

Hodges emphasized Ohio University President M. Duane Nellis’ commitment to providing University resources toward helping fight the opioid epidemic and improve the quality of life in the community and said this facility will help on both fronts.