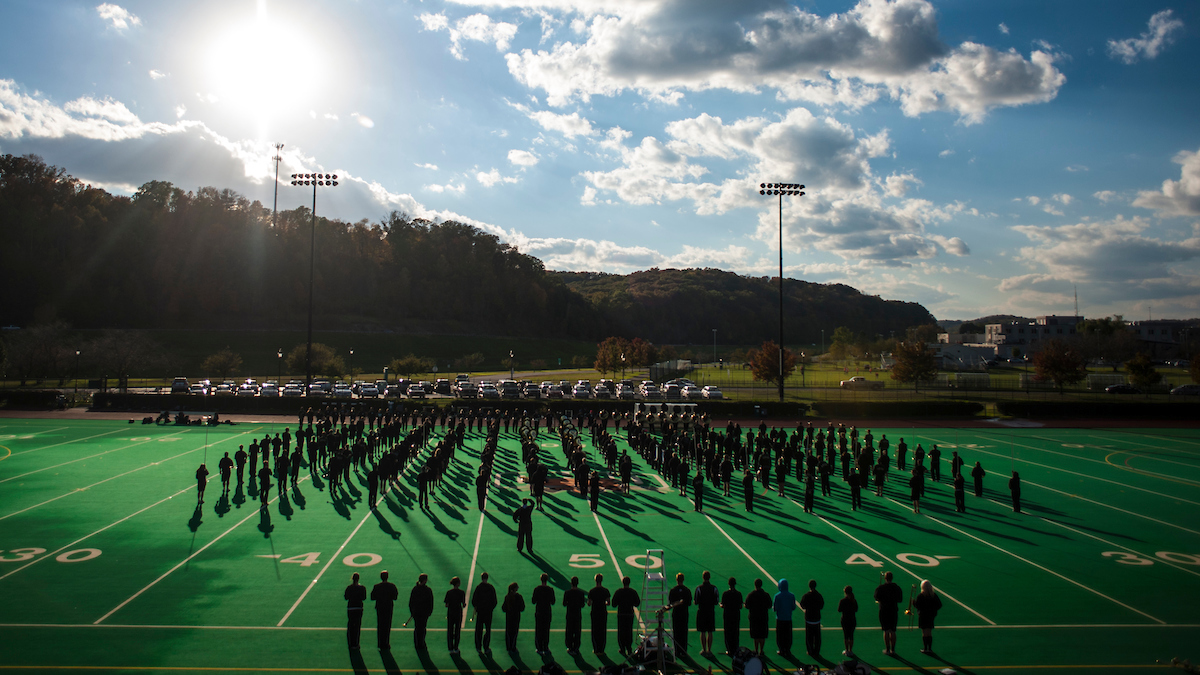 Pruitt Field, surrounded by Goldsberry Track, is located in the Athletic Mall, coordinates C-3 on the campus map, east of Shafer Street, south of the Central Food Service bulding and the Lausche Heating Plant, and west of Bob Wren Stadium. It is marked as #130 on the map.

Pruitt Field is currently used by the Lacrosse team and the Women's Field Hockey team. Goldsberry Track is used by the Track and Field teams (some of the field events are conducted across Shafer Street, adjacent to Chessa Field). The Marching 110 now use Pruitt Field for practices.

The location was previously used as a tennis court. Following the construction of Bob Wren Stadium, immediately to the East, and the covered tennis facility next to Ping Center, the practice field, with its artificial turf surface, was completed in 1999. Lights have been installed to permit use of the field by the Marching 110 for evening practice sessions.

The then-new all-weather track in Peden Stadium was named Goldsberry Track by decree of the Board of Trustees in January, 1976. The track was moved here when the football playing field was lowered and the seating capacity expanded in 2001.