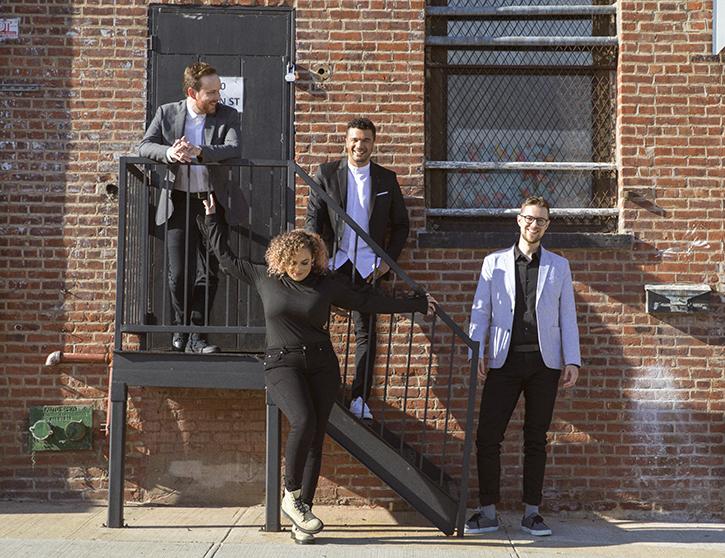 Applauded by The Washington Post as “a perfect encapsulation of today’s trends in chamber music,” PUBLIQuartet’s creative, interactive programming presents contemporary works, original compositions, and improvisations expanding the role of the string quartet. In 2019 the group received their first Grammy nomination for their sophomore album, Freedom & Faith, cementing them as one of the premiere new music groups of our time.

PUBLIQuartet’s commitment to support emerging composers inspired their innovative program, PUBLIQ Access, which promotes emerging composers and presents a wide variety of under-represented music for string quartet--from classical, jazz and electronic, to non-notated, world and improvised music. At least one of these works is showcased on virtually every program the Quartet performs, and they have regular showcase performances in New York to present the newest pieces in this growing catalogue.

PUBLIQuartet is sought after for its creative and energetic educational workshops. The quartet’s mission to enrich and inspire students of diverse backgrounds has led PQ to hold residencies with American Composers Orchestra and Deer Valley Music Festival’s “Emerging Quartets and Composers” program, among others.