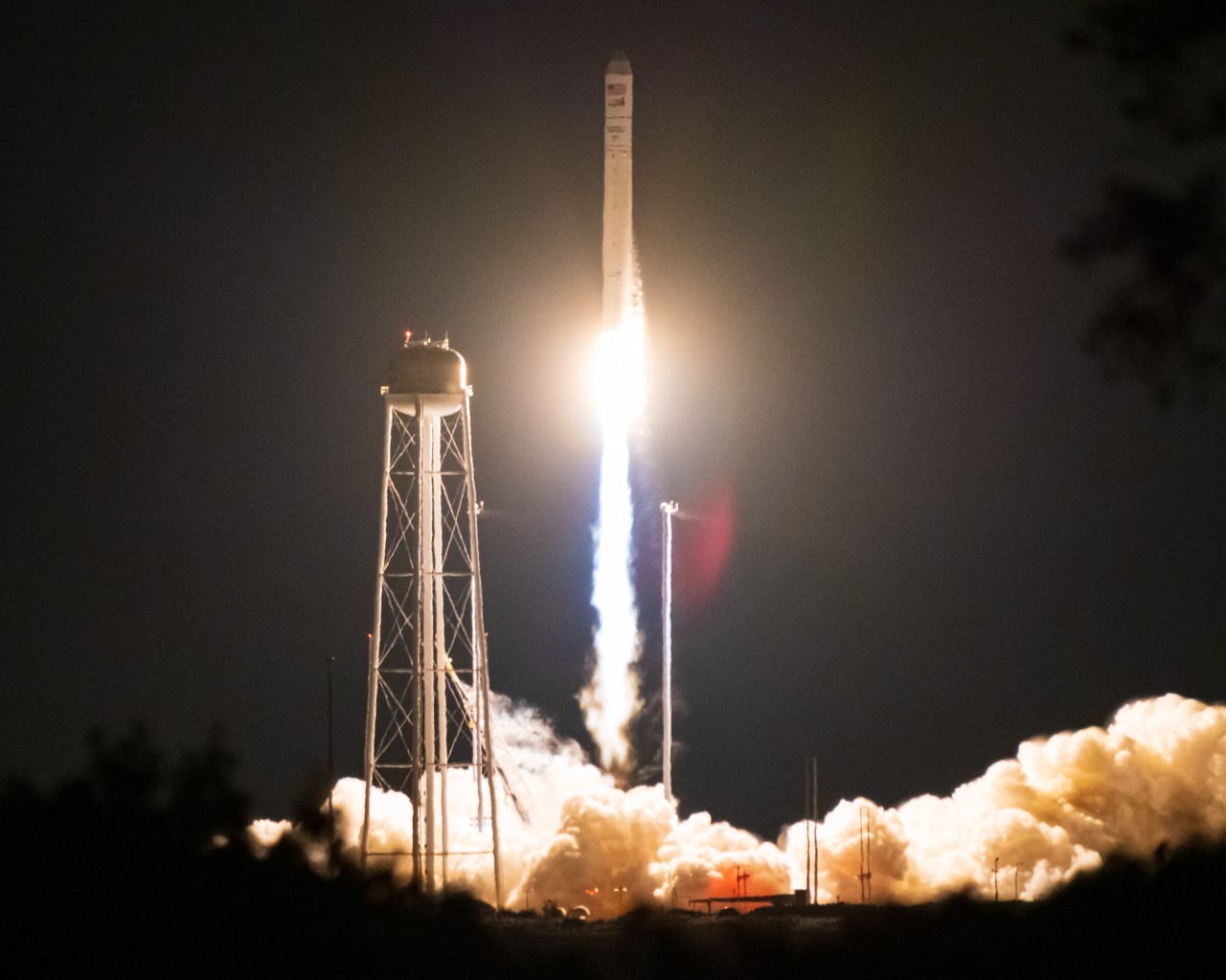 Brian Peters The Antares rocket had a successful launch with the Bobcat-1 satellite aboard from the NASA Wallops Flight Facility in Wallops Island, Va.

The Bobcat-1 satellite, developed at the Ohio University Avionics Engineering Center, has arrived at the International Space Station (ISS) aboard the Antares rocket following a successful launch from the NASA Wallops Flight Facility in Wallops Island, Va. on Friday, Oct. 2.

Measuring approximately 12”x4”x4”, the nanosatellite will be deployed into low-Earth orbit to study Global Navigation Satellite Systems (GNSS), like GPS, in an effort to improve the availability and performance of these navigation systems for other satellites and spacecraft.

The satellite is one of 11 small spacecraft designed at American universities selected by NASA’s CubeSat Launch initiative in 2018 to be transported into space. Dr. Sabrina Ugazio, assistant professor of electrical engineering and computer science in the Russ College of Engineering and Technology, and four OHIO engineering students developed the nanosatellite and the ground station, located on the Stocker Center roof, that will control and communicate with the spacecraft during its nine-month orbit.

Greg Jenkins, Brian Peters, Ryan McKnight, and Kevin Croissant have worked on the project over the past three years as Russ College undergraduate and graduate students. Last week, the team traveled to Virginia to watch the launch.

“Despite a few delays we were all able to stay for the launch on Friday night,” said Peters, who is pursuing a Master’s in Electrical Engineering (MSEE). “Everything went smoothly, and the Cygnus cargo ship arrived at the International Space Station early [Monday] morning. We look forward to Bobcat-1's deployment and the next phase of our mission.”

Over the next nine months, the satellite will orbit 250 miles above Earth and assist other satellites in finding their position by interpreting GNSS signals and performing measurements.

“It has been an incredible opportunity to work with this team and be part of such a cool project,” said Jenkins, also an MSEE student. “We still have much more to go, and I hope that Bobcat-1 brings about more space-related projects to Ohio University.”

David Juedes, professor and chair of electrical engineering and computer science at OHIO, also views the project as an impactful contribution from Russ College on space research.

“I am excited about the launch of the Bobcat-1 CubeSat,” said Juedes. “Our faculty and students have received some great hands-on experience in space-science in the construction of the CubeSat, and they now get to continue those explorations on the ground with our ground station. My colleagues are world-renowned experts in navigation, and this research will help to advance our research mission with an eye to the future.”

“The Bobcat-1 satellite has been an incredible project to work on, and I am so proud to see the team persevere through many challenges on a tight timeline and deliver Ohio University's first satellite to our launch partners,” says electrical engineering undergraduate student Croissant. “I am excited to see our first signals from space and start analyzing the data from the mission.”