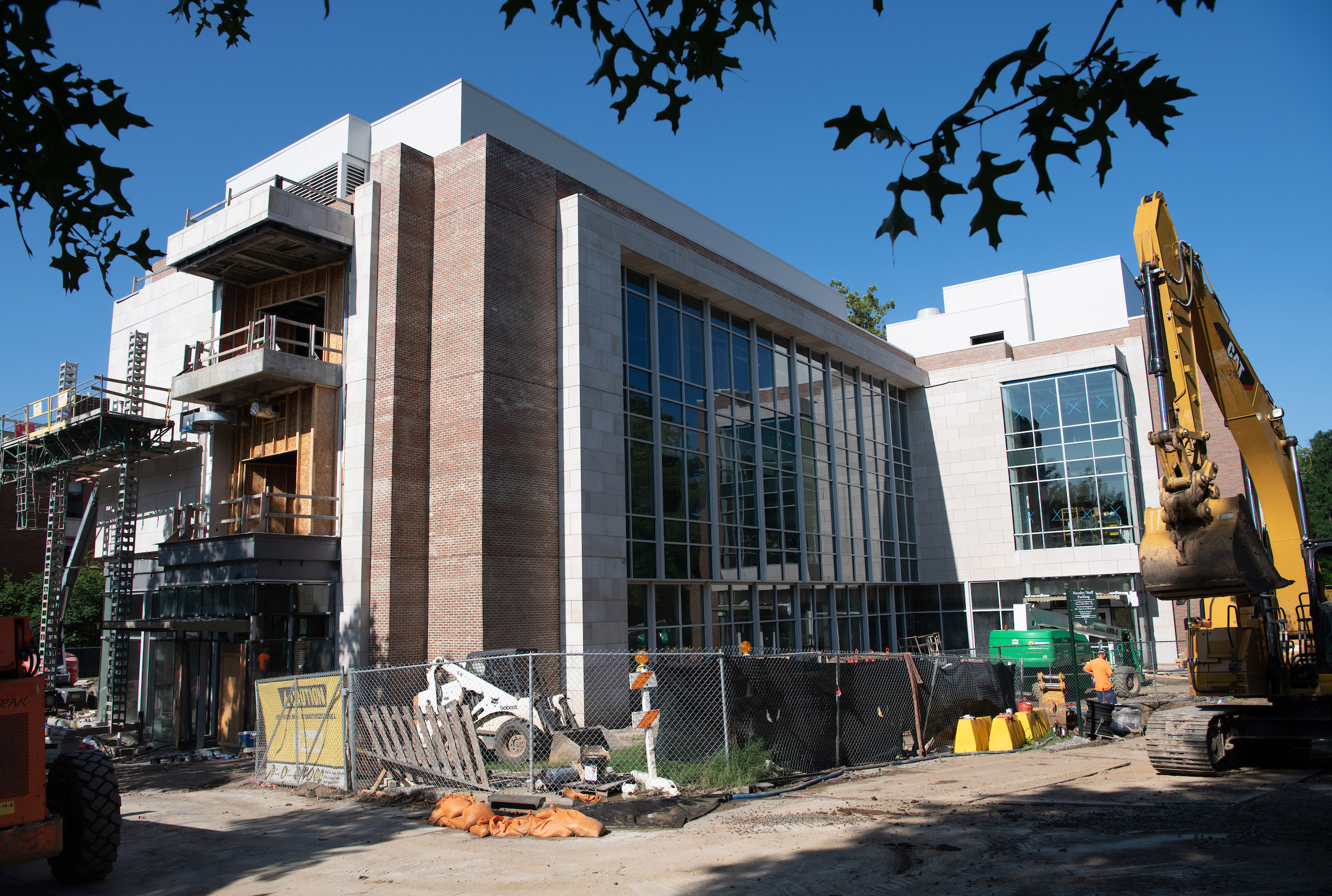 Ben Siegel/Ohio University The Chemistry Building is under construction. Portions of it will open in Fall 2020.

The Major Research Instrumentation (MRI) grants were awarded to groups led by Russ College of Engineering and Technology Professor Wojciech Jadwisienczak and College of Arts and Sciences Professor Stephen Bergmeier. Both lead interdisciplinary groups, and both expect researchers beyond their groups to benefit from the devices.

“These grants are highly competitive and we are honored to receive two of them,” Vice President for Research and Creative Activity Joseph Shields said. “Both pieces of equipment will be used by a broad range of faculty and students across multiple colleges, departments and centers, and represent an important step forward in our ability to support cutting-edge research.”

“It’s a fundamental tool for many material and device research activities,” Electrical Engineering and Computer Science Associate Professor Jadwisienczak, the project’s principal investigator, said, adding that the closest one now is at Ohio State University in Columbus. “Having a system on campus will definitely open up the opportunity to do research faster, at our own pace.”

The PPMS, which will be housed initially in Stocker Center, and then in Russ Research Opportunity Center, has many applications that are important in materials research and development, as it will help understand materials on a microscopic level in order to improve them.

“The devil is in the details. You really need to look into the material from a nano-perspective to see where you can push the material to the extremes, and to do that effectively we need a sensitive measurement tool like PPMS,” Jadwisienczak said. Co-principal investigators on the project are Biomedical Engineering Professor Savas Kaya, Physics and Astronomy Professor Eric Stinaff, Electrical Engineering and Computer Science Associate Professor Faiz Rahman, and Chemistry Associate Professor Katherine Cimatu. All are associated with the Nanoscale Quantum Phenomena Institute (NQPI).

The team led by Bergmeier received a $315,000 grant to acquire a matrix-assisted laser desorption/ionization, time-of-flight, mass spectrometer (MALDI-TOF-MS), equipped with direct analysis in real time sources. The device will be housed in the new Chemistry Building now under construction. Mass spectrometry is one of the key analytical methods used to identify and characterize small quantities of chemical species in complex samples.

“This device will directly support 19 research-active faculty, 63 graduate students and 22 undergraduates in the Department of Chemistry and Biochemistry at Ohio University,” Bergmeier said. “In addition, this instrument will help support the research of faculty from seven other departments, institutes and centers including the Department of Biological Sciences, the Department of Environmental and Plant Biology, the Heritage College of Osteopathic Medicine, the Russ College of Engineering, the Molecular and Cellular Biology Program, the Edison Biotechnology Institute and the Nanoscale and Quantum Phenomena Institute.”

Including OHIO and state matching funds, the PPMS project totals $603,976 and the mass spectrometer totals $530,500.