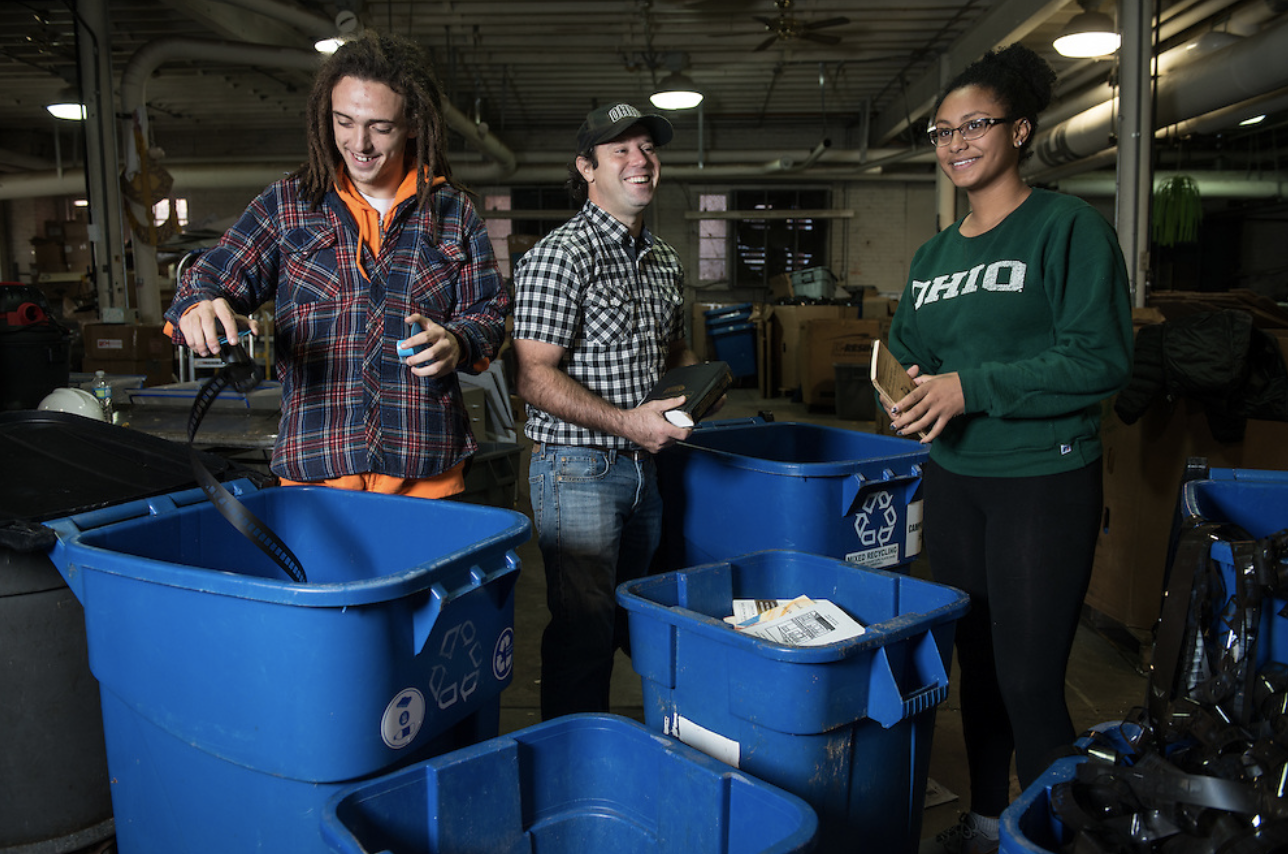 Over the years, Ohio University has placed an increasing importance on sustainability. This year is no different.

The University is proud to share its sustainability efforts so far this semester, starting with a very successful move-in recycling drive, during which 39,700 pounds of material was recycled over four days.

“This was a great way to immediately introduce Ohio University's recycling and sustainability efforts to incoming students,” said Christian Thanasoulis, communications team leader at Campus Recycling. “I was impressed by how excited students and parents were to recycle.”

Those who have attended football games at Peden Stadium might have noticed some big changes as a part of the zero-waste initiative — compost bins. Alongside the new bins are “bin goalies,” people stationed at bins to help attendees properly sort their waste between landfill and recycling.

“In addition to bin goalies, we’ve implemented real time sorting of trash and recycling,” Thanasoulis added. “We’d like to give a special thanks to the Climate Ambassadors for volunteering and pioneering the bin goalie experience during this year's first home game. Also, a thank you to the Boy Scouts of Troop 357 and Troop 71 for condensing any remaining trash/recycling in Peden Stadium.”

In addition to providing recycling bags to tailgaters, Campus Recycling is now offering them a 5-gallon bucket option for compost. The bucket is convenient for tailgaters and helps to keep food waste out of the refuse.

That’s not all. Campus Recycling has also been educating the public on reusable bags compared to plastic bags at several events around the community as a part of the Reusable Bag Awareness Campaign.

“Education consists of discussing that plastic bags are no longer recyclable, and are there for, wasteful to use,” Thanasoulis noted.

In addition to these efforts, the University has been hosting the Recycling Battle of the Greens: A four-week competition from Sept. 4 through Oct. 2. The event is sponsored by campus Recycling and Housing and Residence Life. The winning residence halls on each green get free pizza,

“The winner is determined by the highest diversion rate, which is the percent of waste diverted from the landfill through recycling,” Thanasoulis explained. “Recycling Battle of the Greens is an excellent opportunity to introduce the incoming students to the recycling culture.”