The Department of English Honors Tutorial Program's central mission and goal is to study the history, forms, theory, and practices associated with the production and reading of written texts, especially those presenting artistic and imaginative evocations of human experience, and to help students develop an expertise for responding to such texts.

These aims inevitably incorporate description of and debate about the cultural, social, economic, philosophical, and political contexts implicit in the works, thereby exposing students to a variety of such contexts, both historical and contemporary. The program prepares students for diverse futures by offering courses that introduce them to critical skills requisite to a fuller understanding of reading literature of all kinds.

In order to complete the degree, tutorial students are required to take eight tutorials, English 3990 (Literary Theory), and two years of a foreign language.

The tutorial is the core of the program, with students meeting individually with their tutor in an hour-long session each week. While the tutorial hour focuses on students' interpretations of assigned texts, normally beginning with their essays about those texts, the tutorial centers on the mutual engagement of student and tutor in the study of literary texts, including the historical and cultural contexts of the works.

The tutor may work with the student in evaluating research materials, experimenting with different theoretical models for reading, developing ideas into an essay, or working on improvement of writing skills. The tutor may also prompt students to pursue topics and questions arising out of readings or seminar discussions.

Whatever direction the tutor-student relationship takes, it is intensively collaborative, with an emphasis on the sharing of judgments and perceptions through dialogue. Students are responsible for taking an active part in tutorial sessions.

At the beginning of their fourth year, students select a thesis director from members of the English Department faculty. Each student decides on a thesis topic in consultation with their director, writes a thesis prospectus, including a proposed time line and bibliography, and submits the prospectus to the Director of Studies (DOS) by the last Friday of September. When the DOS approves the prospectus, they will forward it to HTC. Students will register for thesis hours during each semester that they are writing the thesis, not exceeding thirty hours total.

Students may also choose collateral studies (including double majors and study-abroad programs) with the advice and approval of the DOS. The program is flexible enough to give students a fundamental grasp of literary history and conventions while allowing them to complement their knowledge of English with studies in related fields. A variety of combinations is possible in and out of the liberal arts tradition.

The program in English can be coordinated with classics, film, history, modern languages, philosophy, political science, African American studies, or psychology, among others. Outside the liberal arts, it may also be combined with business administration, journalism, or education leading to teacher certification. This flexibility helps students as they move toward vocational plans.

Applicants are selected on the basis of superior academic ability and the potential for self-motivated undergraduate study and research.

Applications are due November 15. An interview is required for admission. 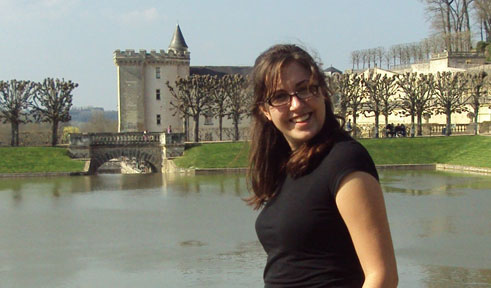 “Distant Knowledge in the British Library, Cotton Tiberius B.v Wonders of the East” in Review of English Studies (forthcoming 2017, available via advance access).

“Scars of History: Temporal Archives and A Game of Thrones” in American/Medieval: Nature and Mind in Cultural Transfer , eds. Gillian R. Overing and Ulrike Wiethaus (Vandenhoeck and Ruprecht, Göttigen) (forthcoming 2016)

“Dream of the Rood” in the Wiley Handbook on Medieval Literature , ed. Siân Echard and Robert Rouse, forthcoming from Wiley-Blackwell (2017)

"Why We Blog: An Essay in Four Movements,” with Jeffrey Cohen, Eileen Joy, and Karl Steel, Literature Compass, Special Issue on “E-Medieval”(December 2012)

“Ruins of the Past: Beowulf and Bethlehem Steel,” The Heroic Age: A Journal of Early Medieval Northwestern Europe 13 (2010)

Digital edition and translation of “The Geographical Preface to the Old English Orosius,” The Digital Mappamundi Project, directed by Martin K. Foys and Asa Simon Mittman (2010)