The HTC Engineering Physics program is for students interested in Physics with an orientation toward applications, or for those who are interested in Engineering but would like a deep understanding of fundamentals. Often such students work on problems that do not lie in a traditional branch of Engineering.

Below are outlined two curricula, one for the single-degree program and the other for the two-degree program using, as an example, a student studying Electrical and Computer Engineering.

At the heart of both programs is the tutorial. In a tutorial the student studies from selected written material in a given subject area under the guidance of a professor as tutor. At individual weekly meetings, usually lasting about 90 minutes, the student and tutor discuss the current reading, solutions of problems, and other assignments.

A student typically spends about a semester to a fifth of her/his time (and academic credit) on such studies, the remainder being in laboratories and class work either required (such as mathematics and engineering courses) or electives.

Requirements are outlined below. It should be noted that such a degree will generally NOT satisfy the accreditation criteria of the Accreditation Board of Engineering and Technology, which some students regard as a disadvantage. On the other hand, there is more flexibility in designing a curriculum to meet individual interests.

Required subjects are as follows:

Detailed descriptions are available in the Undergraduate Catalog or from the College of Engineering and Technology. An example which integrates the requirements for a B.S. in HTC Engineering Physics and a B.S. in Electrical and Computer Engineering (B.S.E.E.) is shown below.

Some especially good students are able to bypass the B.S. and obtain a Master of Science (M.S.) degree in Engineering. This has the advantage that, as a graduate student, one may receive a fee waiver and graduate stipend; however, this will not meet the certification requirements for an engineer in the State of Ohio.

This listing assumes no prior calculus. Humanities and/or social science requirements for the B.S.E.E. are 24 hours with at least 8 in humanities and 8 in social sciences selected from a list approved by the College of Engineering and Technology.

Ohio University has certain general education requirements (Tier I, II, and III) which must be satisfied by students in the College of Engineering and Technology. Some of the Tier II requirements may also be met concurrently with the humanities and social science requirements. More detailed requirements for the B.S.E.E. degree appear in the current issue of the Ohio University Undergraduate Catalog.

The Physics Department offers Shipman Scholarships to qualified freshmen. There is also a special Shipman Award for women and minorities. Award of a Shipman Scholarship does not prevent the recipient from accepting other Ohio University awards.

Applicants are selected by the Director of Studies and are selected on the basis of academic ability and the potential for self-motivated undergraduate study and research.

The deadline for application for admission to the Honors Tutorial College for fall semester is November 15th. An interview is required for admission. 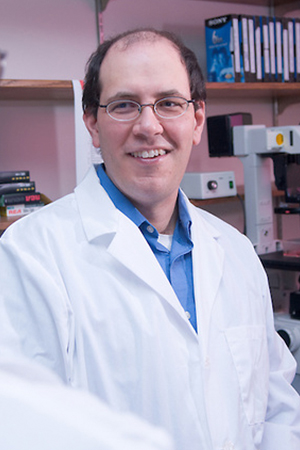 Dr. Tees' publications include "Leukocyte adhesion: An exquisite balance of hydrodynamic and molecular forces" (2003), "Simulation of cell adhesion to bioreactive surfaces in shear: the effect of cell size" (2002), and "Reliability theory for receptor-ligand bond dissociation" (2001).