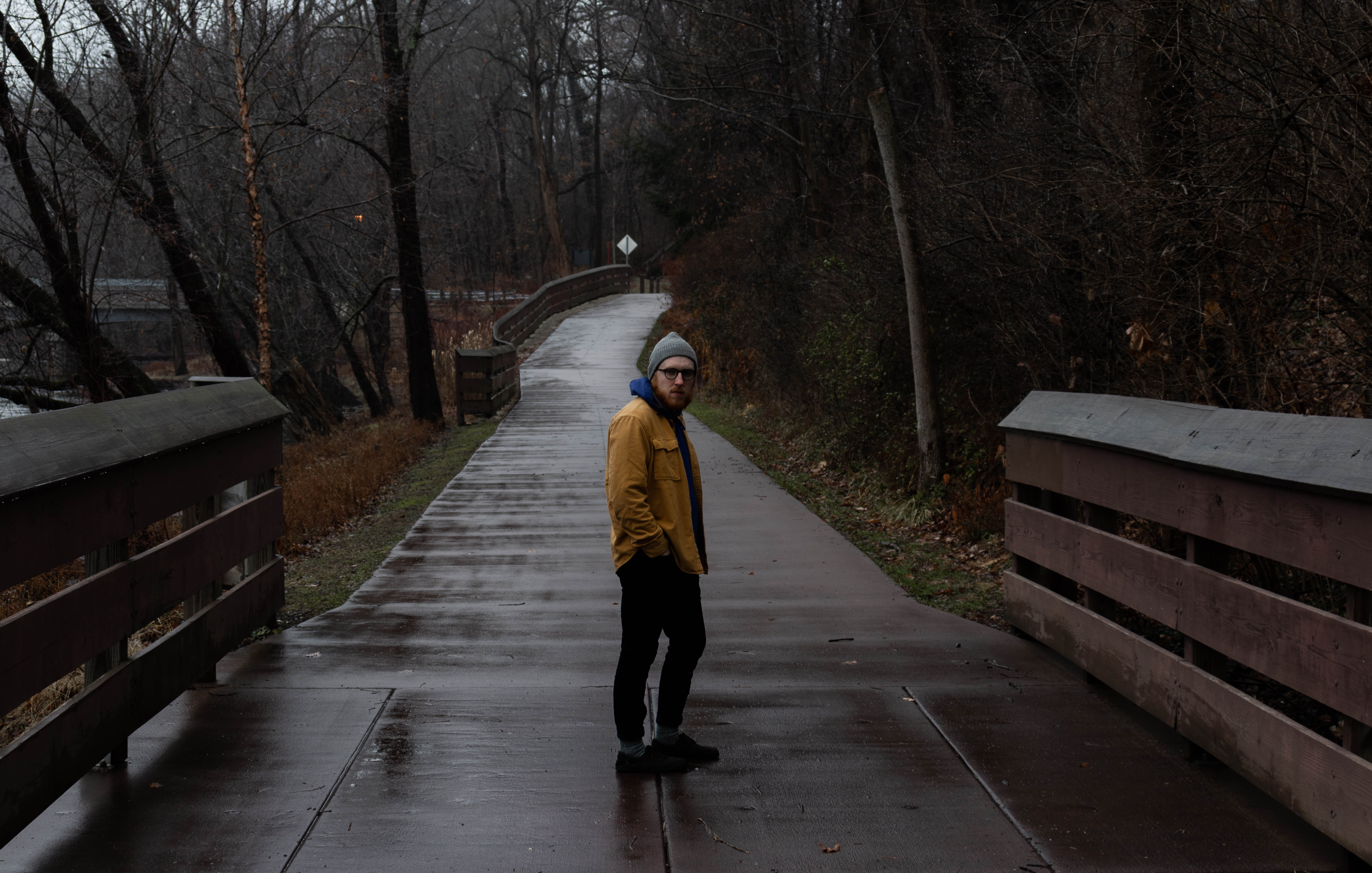 After years of work, Nate Sahr, a rising senior in the Honors Tutorial College Media Arts program, has put his studies into practice and released a self-titled, debut album under the moniker Fragile Son. The singer-songwriter record was almost entirely self-recorded and is available now via Spotify, Apple Music and SoundCloud.

Learning how to professionally produce music through his major, Sahr felt that it was time to apply what he has learned from his schoolwork to his own artistic expression.

“[I] get to do lots of cool projects where we record people and mix music,” Sahr explained, “but I am also a songwriter and musician … and I really wanted an outlet for that.”

Playing a majority of the instruments on the record and producing it himself, the amount of control afforded to Sahr proved to be both a blessing and a curse. When asked about the experience, he stated, “If you collaborate with a ton of people, you get all of these ideas that you wouldn’t have thought of on your own, but working on your own, you get to spend so much more energy [on the project] and you have complete creative control.”

Sahr was careful not to isolate Fragile Son, however, and stressed the importance of including others in the process even when they do not creatively contribute. He holds that getting more ears to listen to demos and ideas and receiving honest, helpful feedback combats the fatigue of working on the same project for extended periods of time.

The result is a collection of self-produced folk songs tackling themes of pain, hope and how these two concepts interact. Fragile Son seeks to find light in dark places, often doing so poetically through heavy use of metaphor and nature imagery.

Because of these personal themes, as well as the solo experience of recording, Sahr ultimately decided to name the album after the project itself, concluding, “What defines this album for me is creating and defining my sound and my voice for the first time on such a big scale.”

In the wake of the release of Fragile Son, Sahr believes that the process of recording helped him further understand the concepts he learned in the classroom, allowing him to apply them in a practical setting.

“While it wasn’t connected to any of my classes, it definitely helped me hone the skills that I am continuing to practice now as I get deeper into my major,” he said. “It felt like a really powerful transition point.”

Moving forward, Sahr assures that Fragile Son will not be the last of his creative pursuits. While organizing a live performance for a project that is done almost exclusively by one person is difficult, he has already started pulling together musicians to potentially form a full-fledged band. This has also sparked new music, as new songs are now being borne out of a more collaborative environment. Additional output is promised to come as Sahr progresses in his musicianship, his writing and his studies.