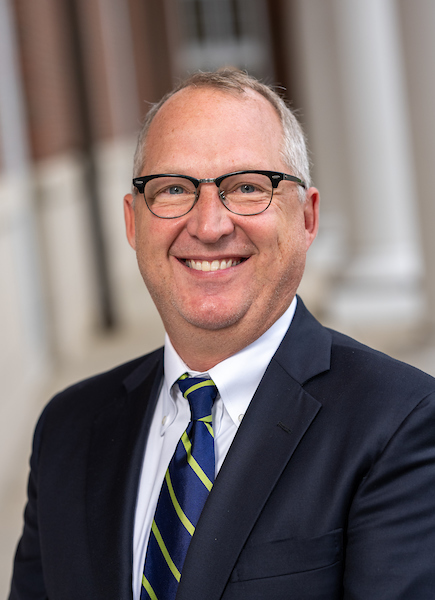 Born and raised in Cincinnati, Ohio and a graduate of Ohio University (BA, Economics), Scott Borgemenke currently serves as the Senior Vice President for Advocacy and Communications at the Ohio Hospital Association. OHA is the nation’s oldest state level hospital association and represents 220 hospitals and 13 health systems across Ohio. In his role as chief lobbyist for the association, Scott directs strategy and policy development as well as leads a team of five in representing the membership before the Ohio Legislature as well as the media.

Prior to joining OHA in 2013, Scott served at the highest levels of state government for more than 20 years.

Often viewed as an expert on navigating government and political matters, Scott’s role as the premier staffer to Ohio’s top elected officials has rightly earned him a stellar reputation on crisis management and response as well as a thoughtful advisor on critical and often sensitive topics.

Scott’s work in public service began in the office of the Ohio Senate President, first as special assistant and later as Finance Director. His knowledge, understanding and grasp on the state budget during his time as Finance Director for the Senate Majority Caucus contributed to his elevation as Senate Majority Chief of Staff at the age of 27. In this role he was able to hone his keen leadership and communications skills.

Following his five years as the Ohio Senate’s top aide, Scott also held positions as chief of staff to the Speaker of the Ohio House as well as Chief Policy Advisor and Director of Cabinet Affairs to the Governor and later Chief of Staff and Assistant Secretary of State. Few, if any, others have achieved this level of continued success in Ohio government.

His finance and state government background was beneficial to his time spent as the Chief Financial Officer at the University of Akron where he directed the operating budget of a $420 million institution, serving more than 24,000 students, including 25 Division I intercollegiate athletic sports and served as Treasurer of the University Foundation.

In addition to his impressive public sector career, Scott spent time as a sought after consultant for private industry clients as well as political campaign management. His leadership skills also gained him the position of Executive Director of the Cincinnati Business Committee at the age of 30—the youngest person to hold the title—as well as Executive Vice President for Racing at Magna Entertainment, North America’s top owner and operator of horse racetracks. As the son of a jockey and lifelong horse racing fan, this appointment was truly the opportunity of a lifetime.

His unparalleled leadership and managerial acumen places Scott at the top of his field and has over the years gained him the utmost respect from colleagues as manifested through his past appointments to the Ohio Transportation Review Advisory Council, the Ohio Dental Board, the Ohio Racing Commission and the Ohio University Board of Trustees. Most recently he was named a member of the Dayton Power and Light’s Advisory Board, Scott is one of ten carefully selected individuals offering guidance to the Dayton-area’s major electricity provider on matters of importance to the company.

Despite his many professional achievements, Scott considers his role as father to daughters Kate and Jane as his most important accomplishment. He currently resides in Dublin, Ohio and enjoys reading, sports and kayaking in his free time.