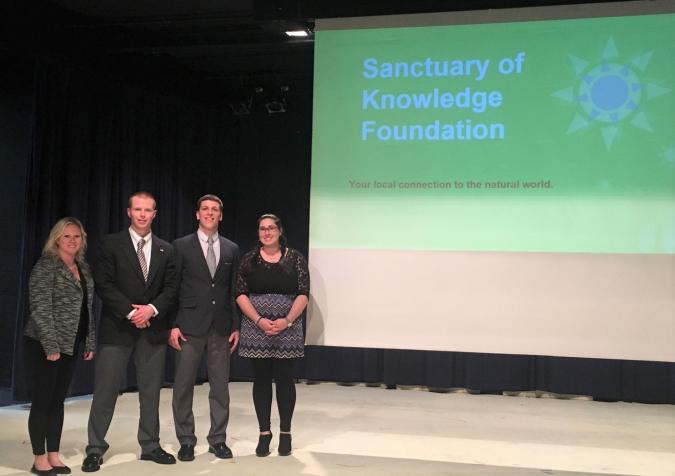 (Zanesville, Ohio) Congratulations to the Ohio University Zanesville team that won the OUE Shark Tank Challenge. Team members included: Samuel Lilly, Corey Brown, Michelle Illing and Professor Darci Wagner. The purpose of the competition is to promote economic growth in the Ohio Valley region through technological innovation. Not only does it promote economic growth, the competition aims to stimulate creative thinking and strengthen students’ entrepreneurial skills.

The Shark Challenge is a competition made possible by an Ohio TechGrowth grant. OUE (Michael Schor) organizes and hosts the event. Each group comes up with a product/service or idea which will help low economic growth areas.

There were five different teams from four different area colleges – Belmont College, Eastern Gateway, two teams from Ohio University Eastern, and Ohio University Zanesville. Each team that participated in the event was comprised of three people who are students at the same institution. The winner of the competition received $1,500 to split between the three group members.