The Right Path to Success 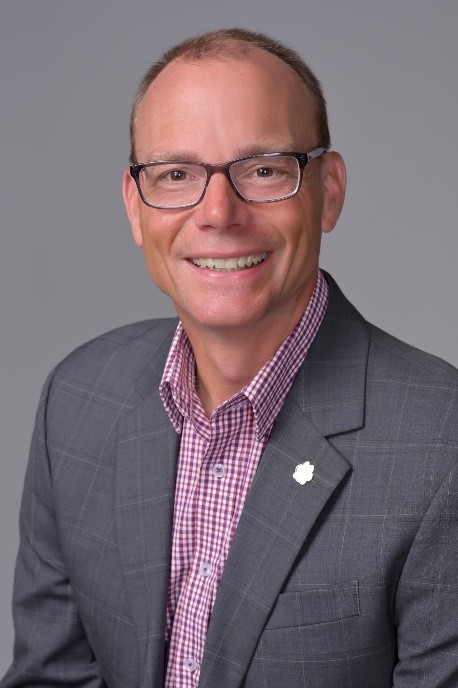 Craig Butler has made a significant impact in public service over his career. But first, he graduated from OHIO’s Voinovich School of Leadership and Public Service in 1997 with a Master of Science in Environmental Studies (MSES), after receiving his undergraduate degree in geography and environmental science at Mansfield University.

“[OHIO’s MSES] was a great program because it had a really interdisciplinary bend to it,” Butler said. “I spent time in engineering, law, political science, negotiations, all those different areas as well as the hard sciences to get a master’s degree.”

Butler said the biggest benefit of the program was its versatility, which allowed for exploration in lots of related fields. He believes that gave him the freedom needed to step into his career.

Reflecting on his time in the MSES program, Butler remembers a project he worked on with Dean Mark Weinberg of the Voinovich School. “The university had gotten, I’m assuming, some funding to start mapping the entire state, digitizing maps for the entire state for the GIS [geographical information system] program,” Butler said. “He really instilled upon us that it was not just a job, but this was going to have a foundation that was going to impact the state going forward for decades, and so we took that job very seriously.”

Butler’s first job after completing his master's degree resulted from an internship with the Ohio Environmental Protection Services, or EPA, a new program at the time.

“I started as a college intern in a very brand-new program…it was kind of a new phase for something called ‘pollution prevention’. So, it was a non-traditional, non-regulatory program to get out and help businesses, as I say, navigate through a bunch of bureaucracy to get done what they wanted to do,” Butler said. “This was a perfect opportunity for me to really learn a new skill set.”

It was at this job that Butler fell in love with public service. He spent his first seven years with the EPA, helping companies become more sustainable through making products that had fewer toxic components, and helping them recycle leftover materials.

“I moved from there and started doing our business development relation induction legislative work, so I got exposed to working on issues at the State House: meeting legislators, meeting companies, and then working with like business trade associations to basically help again help be technical,” Butler said. “I then was asked to run our field offices, because we've got district field offices around the state. And I actually took a job down in Logan, Ohio to run our Southeast district.”

Butler’s career made its most significant change around 2009 when he was contacted by the policy director of then Ohio Governor, John Kasich and invited to Columbus to talk about environmental issues. Two weeks later, Kasich offered Butler a position in his administration.

“I was still an EPA employee, but I was the Policy Director for Governor John Kasich for Energy and Environmental Issues. I spent three years doing that, working about 20 hours a day, but I never had ever had a more fun job and a more difficult, satisfying job,” Butler said. “It was a completely new environment for me. I'm not a politician, I'm not a political person. As I told the governor at the time I said, ‘I may not even have voted for you’. He said, ‘I don't care. I need your expertise, would you come work for me?’ So, I did.”

Kasich later appointed Butler as the Director of Ohio’s EPA, a role Butler served in for nearly six years. He later moved on to become the Executive Director of the Muskingum Watershed Conservancy, one of the largest conservancy districts, covering around 20% of the state.

Butler said his big focuses are now flood control, recreation, and conservatism. “We're finishing a capital project. We've got $150 million invested to upgrade all of our parks and marinas…we just finished a project with the water and conservation districts to do aerial seeding for cover crops,” Butler said. “We also own about 60,000 acres, so we've got a comprehensive sustainable forestry management plan that we implement. And we're also focused on, in terms of recreation, new opportunities for trail development.”

Butler remembers going to interview for the MSES program in Athens with his then girlfriend, now wife of 30 years. He told her that he would never leave. Now, his daughter attends Ohio University.

Looking back over his career, Butler believes that the MSES program at the Voinovich School put him on the right path to success. He encourages current and future students to take advantage of all the opportunities given to them. “The Voinovich School allows you to have diversity, encourages you to be diverse and get lots of different experiences,” Butler said. “It gives you a real opportunity just to go and explore related areas, and it should give you a really good sense and an idea of what you want to do.”

Ready to expand your impact? The world faces unprecedented environmental challenges. Ohio University’s Master of Science in Environmental Studies (MSES) program prepares the next generation of environmental scientists, leaders and innovators with the skills and knowledge to tackle the complexity of modern environmental problems.