Through a collaboration between Ohio University’s Voinovich School and the School of Visual Communications, a graduate student follows three Voinovich School projects over the course of the academic year to create photo essays depicting the various project impacts on the organizations, communities and individuals of Appalachian Ohio. These three photo essays represent a small portion of our 150+ projects annually, each representing a core area of the School: entrepreneurship and regional development, public service and strategic leadership, and energy and the environment. We hope the images you find here will continue to enrich the project experience of our clients while providing a student the opportunity to put their classroom knowledge to work in a real world experience. 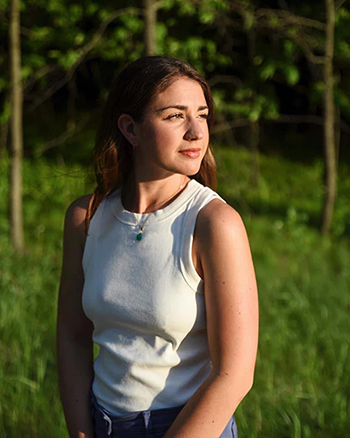 Erica Dischino was born in northern New Jersey and raised by her family of first and second generation Polish and Italian immigrants. This upbringing compelled her to document stories of human movement and the social issues that arise from it. She attended Ithaca College and graduated in 2017 with a Bachelor of Arts in Journalism with an emphasis in Still Photography and Anthropology. Post-graduation, she worked as a photojournalist for the West Central Tribune, a regional daily newspaper based in rural Minnesota. Alongside daily newspaper assignments, she conducted a longform documentary project following the influx of refugees moving to rural areas throughout the state. She is currently working toward a Master of Arts degree in Photojournalism at Ohio University. After completing her degree, she wants to continue documenting social issues involving immigration and beyond. By doing so, Erica hopes to share visual stories that are both individual, collective, and deeply her own. 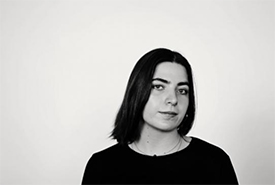 Lauren Santucci is an independent documentary photographer and filmmaker interested in displacement and forced migration, with the goal of humanizing these global issues through personal stories. Since 2016, she has covered immigrant and refugee communities in the Greece, Serbia, Germany, and the United States to explore how these individuals overcome their legal, social, and economic confinement.

She followed these stories back home to Michigan, where she became a 2018 Facing Change: Documenting Detroit Fellow, 2019 New York Foundation for the Arts Immigrant Artist Mentee, and 2019 Detroit Equity Action Lab Race and Justice Reporting Fellow. She was also the Creative Manager of Framed By WDET, an audiovisual storytelling project by Detroit’s public radio station.

Santucci received her undergraduate degree in International Relations and Art History from the University of St. Andrews in Scotland, and is currently a Master’s candidate in Photojournalism at Ohio University’s School of Visual Communication. 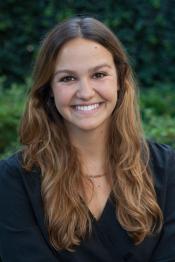 Christiana Botic received her B.A. in Screen Arts and Cultures from University of Michigan, where she was awarded High Honors for her thesis documentary film "This Time Around." Since graduating in 2012, Christiana freelanced as a photographer, videographer and writer in New York and New Orleans. She has also worked in documentary programming at film festivals across the country. In 2016, Christiana was selected as a Fulbright-National Geographic Digital Storytelling Fellow. During her fellowship, she spent nine-months in Croatia and Serbia exploring the relationship between identity, geography and migration in former-Yugoslavia. After her time at Ohio University, Christiana has continued documenting the human experience at home in America and in her second home, the Balkans. 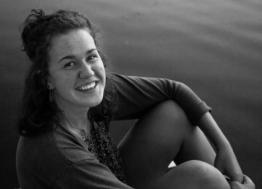 Erin Clark, a native of Lancaster, Pennsylvania, earned a dual major at Penn State University in Visual Communications and Criminal Justice. After graduating in 2013, Erin spent her time in Philadelphia completing a year of service in AmeriCorp and working for several successful photographers such as National Geographic photographer Steve McCurry and successful wedding photographer, Joe Gidjunis. After graduating from Ohio University with her Master in Photojournalism, Erin has continued to pursue her desire to document social justice and women’s rights. She was named a 2020 finalist for Pulitzer Prize in Feature Photography. 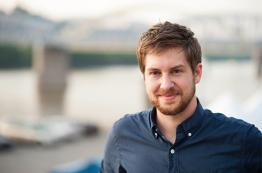 Keith Rutowski was born and raised in Cincinnati, Ohio, and studied magazine/narrative nonfiction journalism as an undergraduate at the University of Cincinnati.  He then worked for a few years as a freelance editorial researcher, fact-checking articles for National Geographic Digital Media, Smithsonian Magazine, and others before beginning to focus on visual storytelling. His passion in all mediums is to explore and reflect elements of the human condition. He is particularly interested in the ways in which history and traditions are maintained or abandoned in contemporary society, how humanity shapes and is shaped by the natural world, and the concept of home 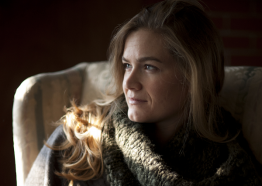 Melissa Riggs graduated from Cornell University and quickly entered into a program at George Washington University to complete a Master of Public Health degree before departing for the Peace Corps in 2004.  Serving two years in Jordan as a Health and Community Development volunteer, she primarily focused on gender and development while learning to navigate the culture and Arabic language.  Since this time, Melissa has worked with a variety of NGO's leading to overseas work in Togo, Morocco, India, South Africa, Rwanda and most recently South Sudan.  However, in 2010 Melissa felt the draw to photojournalism and spent the summer at Maine Media Workshops completing the Documentary Photography Residency program.  As the Director of Communications for PSI-South Sudan from 2011-2012, these skills proved invaluable and the desire to enhance her visual storytelling capabilities lead her to the graduate program at Ohio University's School of Visual Communications. 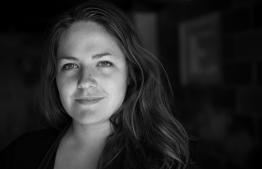 Sarah Tilotta holds a BA in Visual Arts & Photography from Fordham University in New York City, where she interned as an art handler at Pace MacGill Gallery. Since completing her undergraduate degree Sarah taught English at universities in Guangzhou, China and worked for a legal publishing firm in New York City, before settling in Chicago to start an event photography business. While in Chicago Sarah also freelanced for Brown Line Media and devoted time to a homelessness outreach program at the Chicago Photography Center, teaching participants photography skills as a means of personal expression and business entrepreneurship. As a graduate student at Ohio University, Sarah produced a film on a child with diastrophicdysplasia, a rare form of dwarfism, as well as a photo essay on immigration in Appalachia. In the summer of 2013 she worked for a travel company in the Dominican Republic, where she began a project documenting the living conditions of Haitian sugar cane workers in the DR.

Will Parson was the 2012–2013 Photojournalism Fellow for the George V. Voinovich School of Leadership & Public Service at Ohio University. Under the direction of Merry Foresta, former Director of the Smithsonian Photography Initiative, he produced multimedia stories documenting the Voinovich School's local impacts and its emphasis on experiential learning. He also completed a master's degree in photography and multimedia storytelling from the School of Visual Communication at Ohio University. Will received a B.S. in ecology, behavior & evolution from the University of California, San Diego, and worked as a freelance photojournalist in San Diego. As a graduate student he produced multimedia for Soul of Athens, fallen thigh-deep in acid mine drainage, and gotten seasick while documenting sustainability issues in Nova Scotia under Project Vital: A Study of Water in North America. His work has appeared in U.S. News & World Report, Christian Science Monitor, and Discovery Channel Magazine Asia, as well as on the Discovery Channel and Animal Planet. 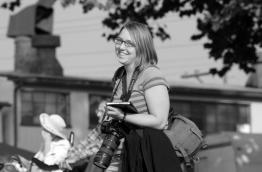 Darcy Holdorf served as the 2010 - 2011 and 2011-2012 Photojournalism Fellow for The George V. Voinovich School of Leadership & Public Service at Ohio University. Under the direction of Merry Foresta, former Director of the Smithsonian Photography Initiative, she produced multimedia stories documenting the Voinovich School's impact on local communities as well as working with the College of Education on a multidisciplinary project creating a multimedia visual literacy toolkit for classroom use. She also completed a master's degree in photography and multimedia storytelling from the School of Visual Communication at Ohio University. While working on her BA in photojournalism at San Francisco State University, Darcy studied Spanish and Latin American Studies in Chile and returned to South America to work on documentary projects in the following years. After graduation in 2008, she worked as a freelance photographer in China. Darcy has published work with a number of international publications including National Geographic Traveler, Esquire and the Associated Press. 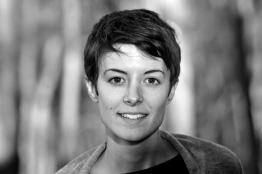 A native of Athens, Ohio Christina Baird earned a BS in Photojournalism in 2006. After graduation, she and her husband lived in California and Beijing, China before moving to Pittsburgh where she worked as a newspaper photographer. Christina returned to Ohio University to study interactive multimedia and completed her master’s from the School of Visual Communication. 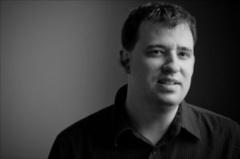 Rhys Riddell served as the Inaugural GVS/VisCom Photojournalism Fellow at Ohio University’s Voinovich School of Leadership and Public Service. A part time commercial photographer in the late ninety's, Kevin later became a full time documentary photojournalist. Kevin worked with the Athens Photographic Project to teach people suffering from mental health issues how to express themselves through photography. Kevin, a father of three, freelanced for the Associated Press and New York Times. After completing his master’s degree in photography in 2009, he went on to serve as the University Photographer for Ohio University. 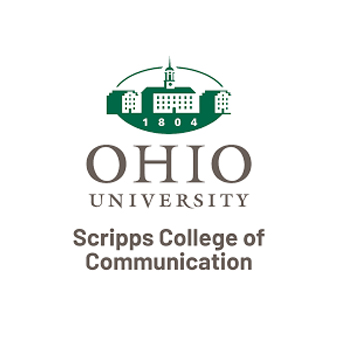