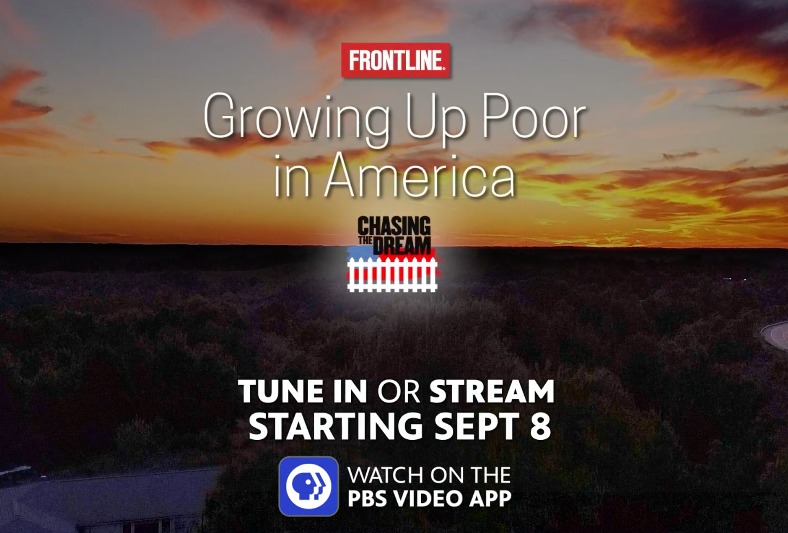 “Growing Up Poor in America” explores how three Ohio families cope with job losses, school shutdowns and general anxiety related to COVID-19, poverty and politics. Santucci, a master’s candidate in photojournalism in the Scripps College of Communication School of Visual Communication, co-produced the film with British documentary filmmaker Jezza Neumann.

“These are people who work full-time jobs and do everything that society expects from them, but they just do not make enough money to provide basic necessities like food, an electric bill or a car,” Santucci said.

The filmmakers focused on children whose families live in Athens, Columbus and Marietta. Thirteen-year-old Shawn, from Athens, has to babysit his younger sister and fears his mother will get sick as she continues to work during the pandemic. Fourteen-year-old Kyah, from Columbus, planned on her mother starting a new job but continues to face homeless, because her mother lost the position at the beginning of the shutdowns. And twelve-year-old Laikyen, from Marietta, finds online schooling especially difficult, because she has ADHD.

The film is not intended to make viewers pity the families for their difficult situations, Santucci says, but rather to highlight the parents’ love and care for their children.

“I hope this idea that people choose to be poor will one day go away, but I think that’s only possible if people see how hard these parents work to provide for their kids,” Santucci said. “The more empathy people have for their situation, the greater the chance of social change.”

Growing Up Poor in America aired on PBS’ “Frontline” on Tuesday, Sept. 8. The full documentary is available here.