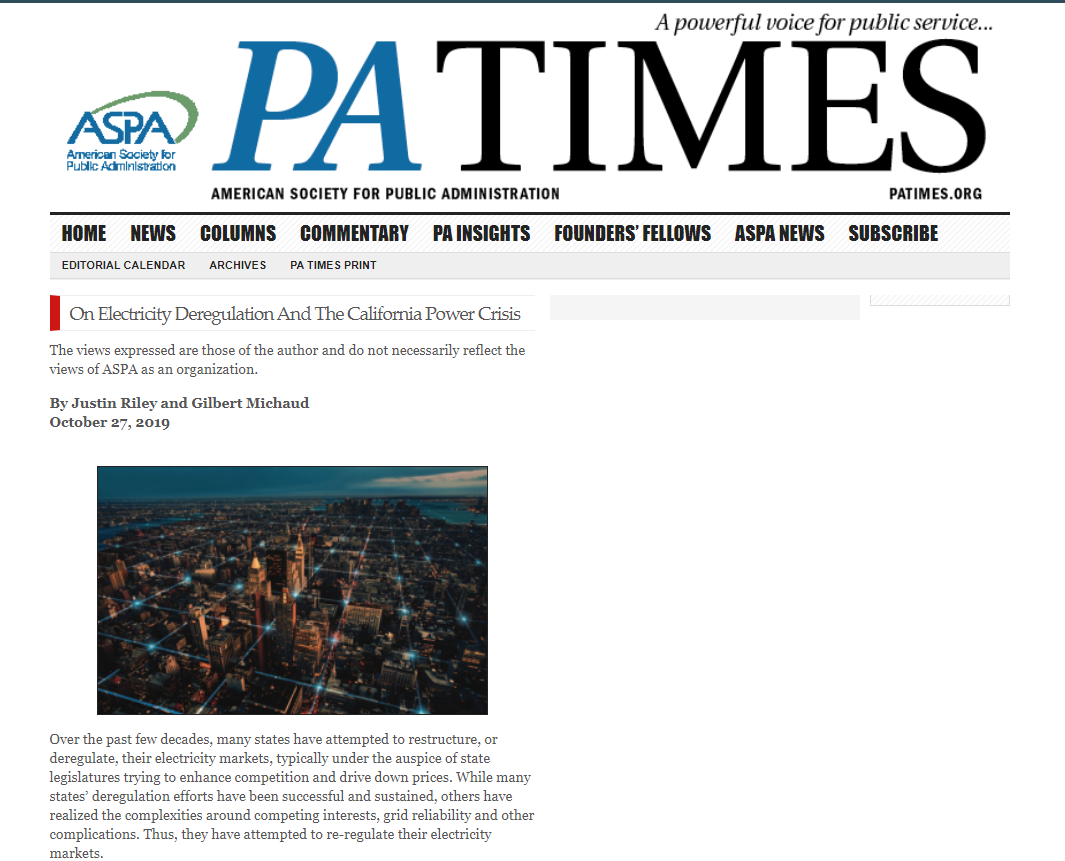 “Electricity markets require extensive planning, and the failure to set up alternative mechanisms for meeting consumer demand, at least in the California case, proved to heighten deregulation’s ineffectiveness,” Riley and Michaud wrote in the article.

While many blame California’s Power Crisis of 2000–2001 solely on the poor implementation of deregulation, the article advises against such reductionism. However, the authors do claim that poor deregulatory planning efforts did, in fact, play a role in the crisis.

“Energy efficiency programs received half their previous support under this new regulatory structure, as utilities rushed to eliminate any costs that decreased their competitiveness,” Riley and Michaud wrote. “Thus, between 1990 and 1999, the state’s generating capacity declined while demand increased by 11%.”

The article notes how the power crisis – fed by the removal of governmental oversight – affected people living in California.

“Enron itself has even admitted in internal memos that their exploitative practices—which they gave names like, “Death Star,” and, “Fat Boy,”—were not only creating market inefficiencies and higher prices, but even leading to a state of emergency,” Riley and Michaud wrote.

With the article, Riley hopes to warn public servants about the dangers of assumption, specifically assuming that private sector can do things better than the public sector.

“As we go on to make a lot of changes to our energy structures in the shift toward clean energy, I hope that this article helps public servants identify what not to do when crafting public policy,” Riley said.

He said Dr. Michaud’s help and mentorship was vital to the article’s success.

“My coauthor, Dr. Michaud, guided me during the written process, made some key points in the article, and allowed me to spend a lot of time working on it during my position,” Riley added. “I’m so thankful to be a part of the Voinovich School and grateful to work under Dr. Michaud.”