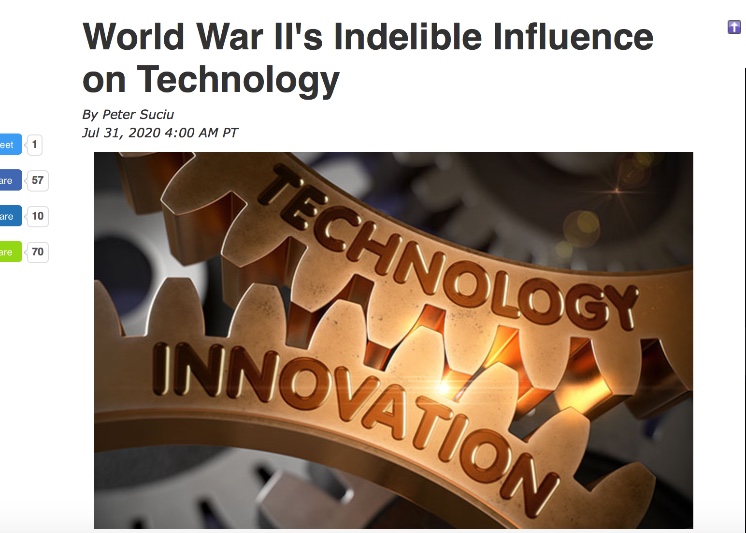 In the article, author Peter Suciu discusses several ways that research during World War II advanced the development of modern technology. Michaud noted how the invention of the atomic bomb paved the way for breakthroughs in technology, science and medicine.

"This is what we policy scholars call a 'focusing event' -- basically referring to how a crisis, such as war, and the efforts of Manhattan Project in particular, worked to enhance attention, spark new developments, and accelerate new priorities," said Michaud.

The project itself was an innovation, according to Michaud.

"The Manhattan Project was a truly monumental and historic endeavor – the collaboration between governments, industry, and the science community, with the pointed goal of developing nuclear weapons during World War II, was unprecedented at the time,” Michaud noted in the article.

While the bombs dropped on Hiroshima and Nagasaki in August 1945 caused massive death and destruction, the challenges involved in creating those bombs lead to many non-military developments in medicine and science, according to the article. The Manhattan Project accelerated the field of nuclear medicine, improved understanding of phenomena such as photosynthesis, and led to the use of nuclear energy to generate electricity.

"The Manhattan Project snowballed into the Atomic Energy Act of 1946, broader advancements in technology and electricity generation, and even the establishment of research sites that still operate today, such as the U.S. Department of Energy's Oak Ridge National Laboratory in Tennessee,” said Michaud.