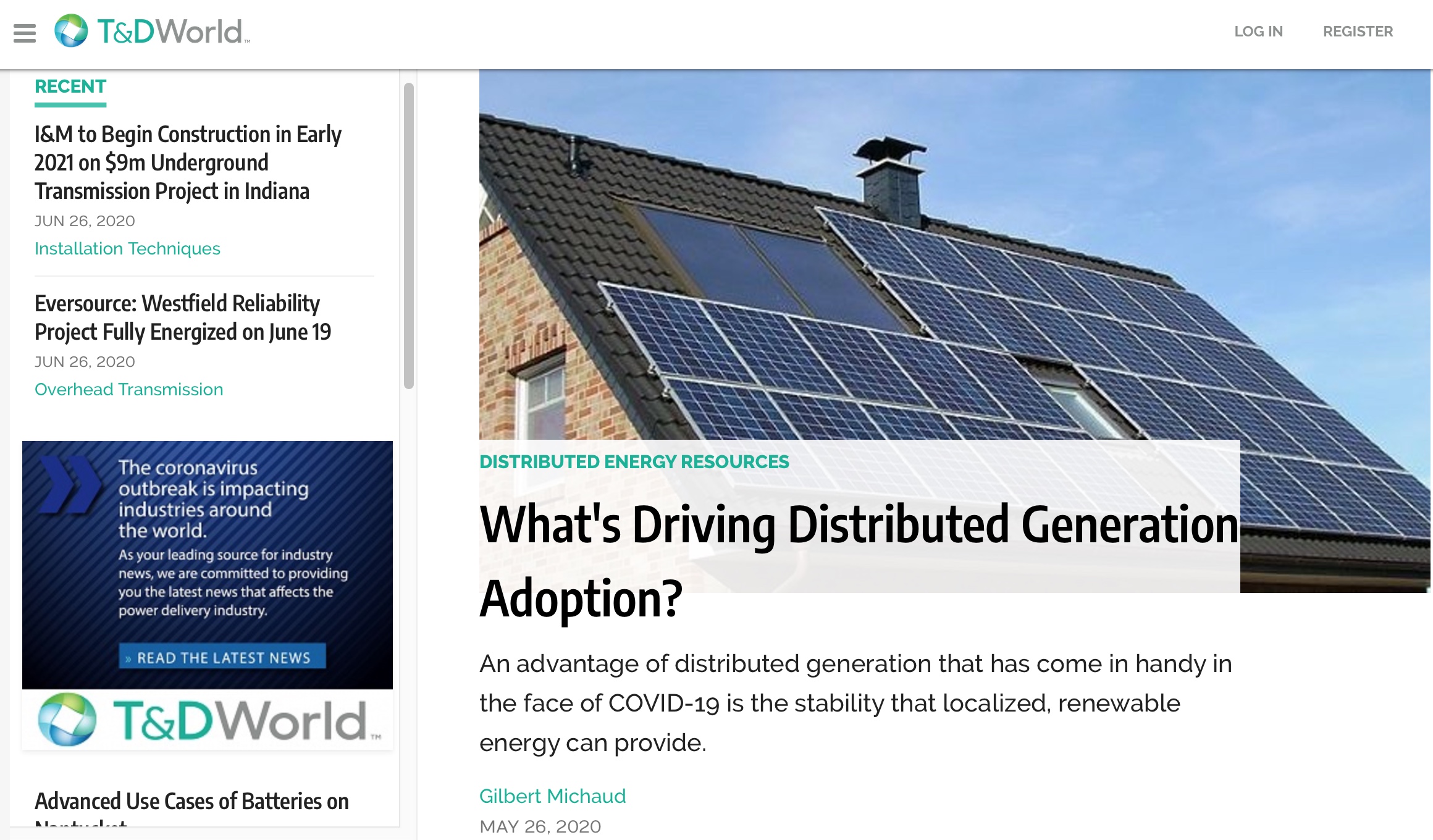 Dr. Gilbert Michaud, assistant professor of practice at Ohio University’s Voinovich School of Leadership and Public Affairs, recently published a commentary article in T&D World that discusses the pros, cons and trends related to the adoption of distributed generation (DG).

Distributed energy generation refers to small-scale, localized power sources such as rooftop solar or micro wind turbines. In the article, “What’s Driving Distributed Generation Adoption?” Michaud notes that the electric utility industry is beginning to accept DG after years of opposing it.

Historically, stakeholders in favor of DG tended to be environmental nonprofit organizations, the renewable energy industry, and more progressive-leaning politicians. They like DG for its environmental and economic benefits, among other reasons. Utilities, who have historically been on the other side of the argument, are now beginning to embrace DG as well, and their rate structures have also helped drive deployment.

“In essence, the natural, profit-maximizing behavior of utilities to keep electricity prices at a certain level has had unintended consequences of additional solar investment,” Michaud wrote in the article.

Policy mandates have also played a role in the growth of DG. Primary among them are state renewable portfolio standards that require utilities’ electricity generation portfolios to include a certain percentage of renewable sources.

Moreover, corporate sustainability missions are driving utilities’ new outlook on DG, and renewables at large. “Large corporations like Amazon, Google, and Facebook … demand cheap and reliable power, and have targeted corporate sustainability missions,” Michaud wrote. “As these companies continue to grow and expand their geographic footprint, one potential attraction driver is the availability of local or onsite renewable energy generation. Many pioneering utilities have realized this value proposition and have started to employ strategies to allow large corporations to develop DG.”

A lot of national progress is happening in cooperatives and municipally-owned utilities, Michaud noted, but publicly-traded utilities are also working hard to create “a more modern, customer-centric grid.”

“By being receptive to this public demand and encouraging more objective research on the proper integration and costs/benefits of DG, utilities can be part of a just energy transition while also maximizing their own benefits and minimizing negative impacts to their operations,” Michaud wrote.