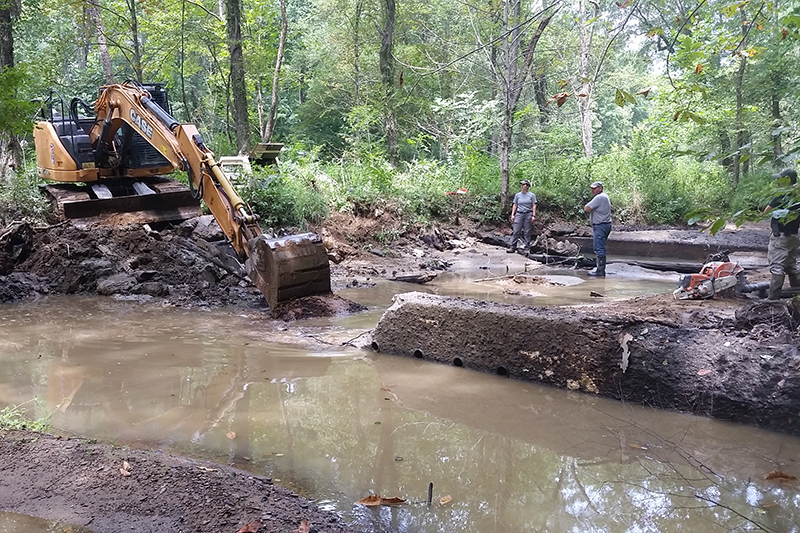 The project began in 2018, when Brooke Sanderson, then a Master of Science in Environmental Studies candidate through Ohio University’s Voinovich School of Leadership and Public Affairs, secured an Ohio EPA 319 grant to partially remove the dam on Sandy Run.  Sanderson graduated in 2018, but the project continued and the dam was removed in August 2019, through the collaboration of the Voinovich School, the Raccoon Creek Partnership and the Ohio Department of Natural Resources Division of Forestry Zaleski.

Low-head dams are small unregulated structures constructed to hold back water for a variety of purposes including grist mills, water treatment, agricultural, recreational or flood control. Although they are small, such dams hinder fish passage, alter hydrology, negatively impact upstream and downstream habitat, and can be a serious human safety concern. Low-head dams are often referred to as “drowning machines” due to the dangerous hydrology created when water flows over the dam, effectively trapping swimmers, pets and other objects.

Read the initial article on the dam removal here.