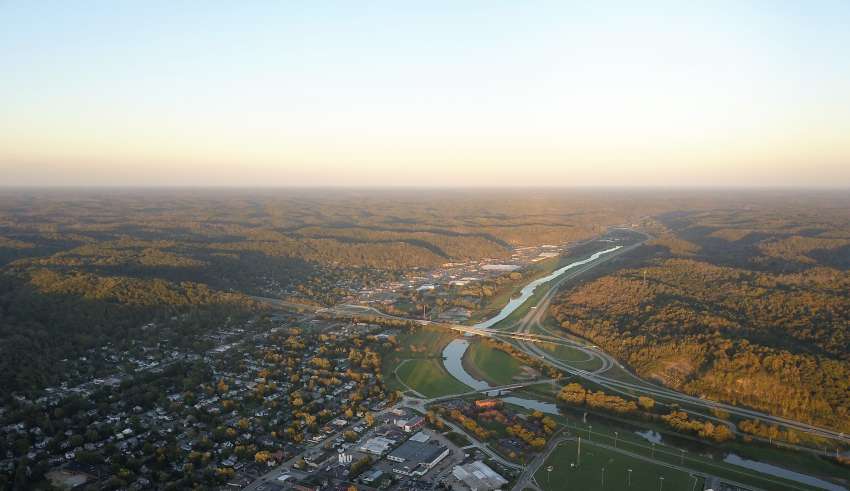 The work of a student in Ohio University’s Voinovich School of Leadership and Public Affairs’ Environmental Studies master’s program was featured recently in two Athens publications.

For the past three years, Jasmine Facun has cultivated grassland growths along parts of the Hocking River. Both the The Athens News and The New Political interviewed Facun as part of their coverage of the 50-year anniversary of the rerouting of the Hocking River around the Ohio University campus. Following record-breaking floods that struck the campus in 1963, 1964, and 1968, the U.S. Army Corps of Engineers rerouted a five-mile stretch of the river. The project took two years and cost an estimated $11 million.

While the move saved the University and Athens County millions in flood damages, Facun and others worry it could be hurting the environment because of changes in habitat.

“We can’t let this go back to the natural river — that’s not going to happen, and that’s not what I’m proposing,” Facun told the New Political. “Maybe there’s some sort of happy medium where we can establish some sort of quality habitat.”

To find out, Facun has planted prairie growths along the river behind OhioHealth O’Bleness Hospital. Hocking Conservancy District has agreed not to mow them so she can determine if that balance of attractive environment and flood reduction can be achieved.

As she said in the New Political, “I don’t want anything I propose to increase flooding potential — I live here too.”

To read the full articles, click here and here.