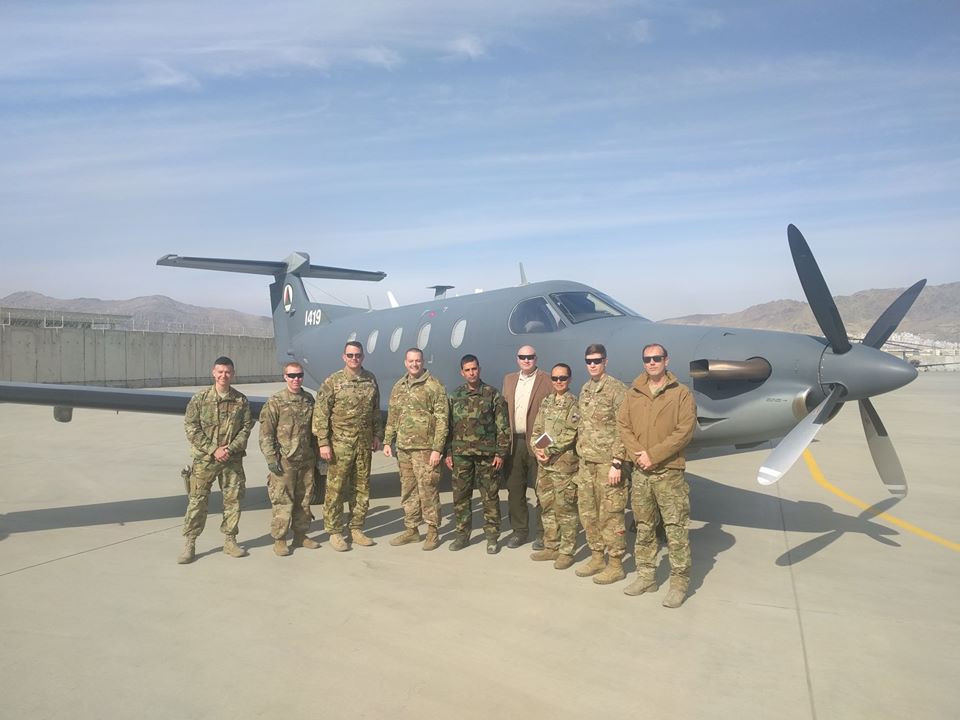 Since February 2019, the Voinovich School Master of Public Administration alumnus has been the chief of staff in charge of a 4,600-person, 2,000-vehicle armored brigade combat team based at Fort Stewart, Georgia. He is one of 15 officers in the US Army with this role. 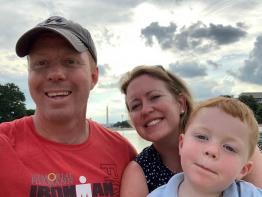 In 2013, when he was an operations officer and an ROTC assistant professor at Ohio University, Fawley heard about the Voinovich School of Leadership and Public Affairs’ Executive MPA program from another officer in the program. Fawley was drawn to the program’s practical lessons and weekend only-schedule.

“The program essentially uses what you’re doing with your field of work as the basis for your research and study,” Fawley said.

For example, Fawley was allowed to substitute one of the MPA classes with a seminar on modern counterinsurgency taught by OHIO history professor Dr. Ingo Trauschweizer. For the course’s term paper, Fawley researched his own unit—the U.S. Army 4th Battalion, 31st Infantry—and their counterinsurgency approach in Iraq’s infamous “Triangle of Death” during their 15-month deployment from 2006 to 2007.

“There’s been some writing on it, but no one’s analyzed it from a counterinsurgency perspective,” he said. “There’s a lot of books out there about what these soldiers went through, but not so much about how we did it.”

Writing the paper was Fawley’s first experience with intensive research.

“I really enjoy it,” he said. “It’s neat when there’s a good basis of information to start with, and you start finding a little fact here and a little fact there, and before long you bring it into this whole story. It’s a labor of love for me.”

After graduating from the Voinovich School in 2015, Fawley was accepted into the US Army’s Art of War Scholar program and decided to write his thesis on the same topic.

“By the time I got done with my thesis, I looked at it and realized, ‘I’ve got the research here for a book,’” Fawley said.

Fawley published “4-13 Infantry in Iraq’s Triangle of Death” in January 2019. The book examines the conditions that led his unit to broker a peace agreement between local tribes with the assistance of the United States Institute of Peace. 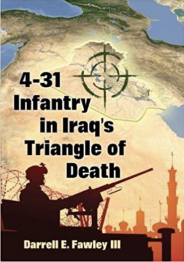 He hopes his book can be a practical resource for battalions that might face similar situations.

“There’s really not a lot of relevant modern sources on counterinsurgency in practice. This really fills that gap” Fawley said. “And it’s a short book, so it’s easy to read.”

Besides kickstarting his writing career, Fawley said one of his favorite things about the executive MPA program was the opportunity to interact with members of many different government organizations.

“I’m definitely better at dealing with civilian leadership than a lot of my peers because of this program,” he said. “Understanding how things work in different organizations makes it a lot easier. When you start working with another agency that doesn’t have the same culture as you, if you have that empathy it really helps.”

For an officer rising up the ranks of the army, transitioning from the direct, individualized leadership required of a junior officer to the broad role of a field-grade officer is a unique challenge.

“it’s a very hard job because you go from being a direct leader to an organizational leader,” Fawley said. “For example, as the chief of staff, I don’t individually lead people.”

He said that his classes on budgeting and organizational theory at the Voinovich School were especially helpful in easing this transition to organizational leadership.

“The MPA program teaches you how to bring different organizations together that have different capabilities and mandates and put them in one direction to achieve a goal,” Fawley said. “It allowed me to prove myself as a professional and really set me up for the next part of my career.”

Next semester Fawley will be returning to Athens as a professor of military science in the university’s ROTC department. He said accepting this position was an easy decision.

“OHIO is kind of a family school, “Fawley said. “My sister and brother-in-law and dad all graduated there as undergrads, and my wife and I both have graduate degrees from here. We consider Athens as close to home as you can have in the military. “