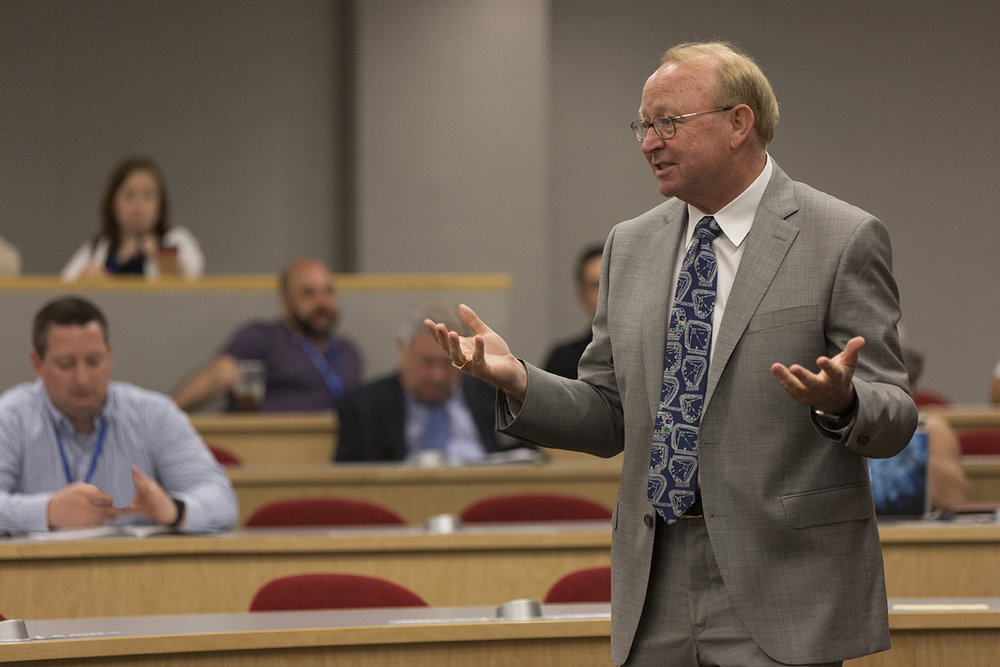 Several years ago, I vividly remember a friend loudly and fervently making an argument about some current topic of public debate. While I don’t recall the topic, she finally looked at me and pointedly blurted out, “WHAT DO YOU THINK? “In part jest and truth, I replied, “you don’t really want my opinion. You just want your opinion in a deeper voice. “ Stunned for a moment, she relaxed and laughed with me. The truth is we all want acceptance and confirmation of our ideas and beliefs.

We sometimes can live in echo chambers where we all share the same beliefs and alternative ideas are rarely considered. Therein lies a problem for learning and leading.  I’ve often said, “if two people agree on everything, one is useless. If the two people disagree on everything, they are probably both useless. “ It’s in the honest exchange of views that we can learn and grow. So, how then might a leader ensure intellectual growth in people, reduce confirmatory bias, and promote learning? All to make become better decision makers.

Author Annie Duke (Thinking in Bets) claims that groups can improve their decision making by exploring alternate approaches to their best guesses on solving a particular challenge. In fact, she supports what she calls “exploratory thinking” to encourage open mindedness and not just searching for a celebration of your own beliefs. We win bets, she says, not by being in love with our own ideas. Rather you enhance your chances of winning by calibrating your beliefs to represent the world more accurately. The point here is that leaders need to regularly reinforce exploratory thought among followers. Diversity and dissent are good checks on final decisions. It’s why “red teams” are often set up in writing proposals or in intelligence groups to offer countervailing ideas.

John Stuart Mill, the 19th century English philosopher offered this notion: “The only way in which a human being can make some approach to knowing the whole of a subject, is by hearing what can be said about it by persons of every variety of opinion and studying all modes in which it can be looked at by every character in mind “. Good leaders may stay the course with a decision. But the great ones know there ARE other courses.