The Best Leaders are Teachers 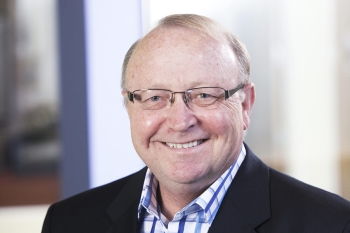 As a college student, I had a variety of jobs to earn money. Perhaps my most short lived one was that of gas station attendant. In the early 70’s, most gas stations were also a place to get your car fixed. Stations usually had two or three bays where a mechanic might change oil, replace a muffler, or fine tune an engine. In fact, owners were often mechanics who needed someone else to pump gas, clean windshields, or check tire pressure when someone stopped to get gas. This was long before today’s pump your own gas practice.

It was in that context that I responded to a help wanted poster posted in the window of a gas station nearby where I lived. The mechanic was gruff and said he was usually busiest repairing cars in the morning and needed someone to pump gas for a couple hours each day while he made repairs. He asked, “can you pump gas, collect money, and clean windshields?” “Sure, “I answered breezily and thus began my short-lived career as a gas station attendant that morning when he asked me to get started right then.

About an hour into my new job, the mechanic was swamped. While I was waiting for a customer to pull into the pump, he hollered at me from underneath the hood of a car. He shouted at me pointing to another car in the bay, “pull the starter off that car so I can put in a new one.” I quickly answered, I would but I don’t know where it is or how to do it.” After a couple more variations of this game—-the owner mechanic asking me to do stuff I couldn’t, him suggesting college kids were stupid, I finished my short shift and simply never went back. I had asked him if he could show me how to do one of the jobs to which he replied, “it would take me longer to show you how than to do it myself! “But it wasn’t all for naught. I didn’t know it but this little exercise provided me some priceless leadership insights.

The leader in this case told me I needed to pump gas and clean windshields which I said I could do. In reality he also needed someone with mechanical skills that I didn’t possess. I would have told him that had he asked. His help wanted poster and short interview clarified what I needed to do, not what he really wanted or expected.

Each time he asked me to do something to a car that I couldn’t do, he got nastier, his voice elevated, and his tone grew surlier and more incredulous. That didn’t make me know anymore or suddenly improve my skills. Isn’t it funny that after all these decades I still remember how he made me feel? Leaders getting louder or gruffer rarely improve the skills of those who aren’t doing what they want them to do. Anybody who ever taught a teenager to drive knows getting louder doesn’t make better drivers.

#3 THE BEST LEADERS ARE TEACHERS

What if the mechanic had said, “let me show you how to do some of these things.” Or admitted while he needed to have someone pump gas, that person could be a lot more valuable if they could learn a few mechanical things. And, offered to teach me. I mean sometimes, to go fast, you need to go slow. If he had shown me how, I would have been a ready learner and returned the next day. Investing time and expertise in someone else, especially those who want to learn, often pays countless benefits. Growing others is what great teachers do.

I can laugh at all this now but at the time I did feel stupid, wondered why I didn’t know more about cars, and would have voted my new boss off the island. It’s why reflection is such an important skill. Looking back on what really happened was enlightening for me and a lesson for bosses who still do the same thing today with employees. Those who aren’t clear on what they expect, pay no attention to the impact of their behavior on others and make no attempt to invest in employees rarely are good teachers or leaders.