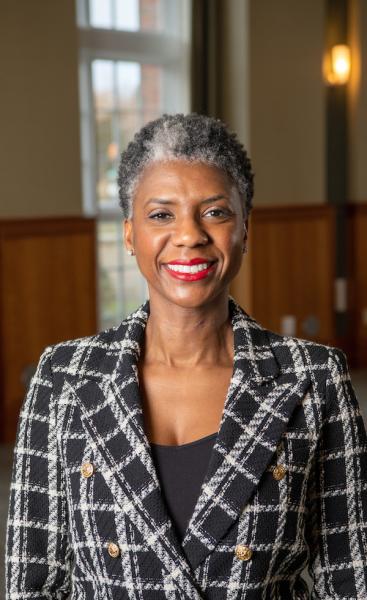 Coleman leads AEP’s philanthropic community outreach in its 11-state service territory and oversees the AEP Foundation, which in 2019 donated nearly $30 million to support STEM education programs, meet basic human needs including hunger and housing, and fund the arts and other initiatives.

She has more than 20 years of experience in community engagement and corporate philanthropy. Coleman was most recently executive vice president of External Affairs for the Columbus Zoo and Aquarium. Prior to that, she held several positions at L Brands, Inc., including vice president of Community Relations, chief diversity officer and president of the L Brands Foundation.

Coleman is passionate about giving back to her community. She was appointed by the Governor of Ohio to the board of trustees for her alma mater, Ohio University, and currently chairs the board. Additionally, she is board chair-elect for both Experience Columbus and the YWCA Columbus. Coleman is also the board president for the KIPP Columbus Foundation and a member of the board of directors for the National Veterans Memorial and Museum.

Coleman received a bachelor’s degree in Journalism from Ohio University’s E.W. Scripps School. She earned a Certificate of Business Management from the Ohio State University, and a Certificate of Corporate Citizenship Management from Boston College. Coleman completed the Young American Leaders Program at Harvard Business School Executive Education, and she is a certified Personal and Executive Coach. She is an active member of the Executive Leadership Council, Delta Sigma Theta Sorority, Inc. and The Links, Inc.

She is married to Michael B. Coleman, former Mayor of the City of Columbus, and they live in Columbus with their two beloved dogs, Atticus and Mr. Milo. Coleman is a fitness enthusiast, and she loves to travel.