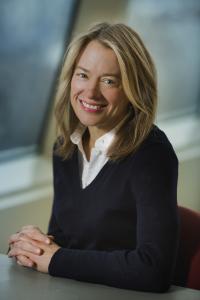 Anna Harvey is Professor of Politics and Affiliated Professor of Law at New York University, and Director of its Public Safety Lab. She has served as Chair of NYU's Department of Politics and as Interim Dean of NYU's Graduate School of Arts and Science. Professor Harvey is the author of numerous peer-reviewed research articles and of two books, with Cambridge and Yale University presses; she is also a co-author on a forthcoming casebook on Judicial Decision making.

Professor Harvey founded the Public Safety Lab at New York University in June 2017 to provide data science and social science support to communities and law enforcement agencies seeking to modernize and improve their criminal justice practices. The Public Safety Lab's work has been supported by NYU's Global Institute for Advanced Studies, Graduate School of Arts and Science, and Center for Data Science, and by Arnold Ventures and the Chan Zuckerberg Initiative.

An Athens native, Professor Harvey is a 1988 graduate of the Honors Tutorial College and obtained her master’s (1990) and Ph.D. (1995) from Princeton University. Professor Harvey served on the Board of Visitors for the Honors Tutorial College from 2013-2016. She also earned the 2011 Outstanding Alumna Award for the college and the 1996 Outstanding Alumna Award from the Ohio University Department of Political Science.