Ironton Council for the Arts

Ironton Council for the Arts

Our audience is made of individuals and family groups who purchase season tickets and the general public who attend individual shows. Season ticket holders elect members to the board of trustees. The Ironton Council for the Arts has 501(c)(3) tax exempt status as a non-profit organization and is incorporated under the laws of the State of Ohio. All proceeds from sponsorships and ticket sales are used to secure top tier performers for our series and to cover printing and stage costs.

Season tickets are $40, individual concert tickets are $10 and may be purchased at the door. Ohio University students are admitted free with ID.

Season tickets are $40, individual concert tickets are $10, and may be purchased at the door. Ohio University students are admitted free with ID. 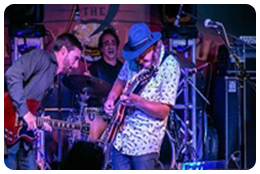 JL is a Berklee College of Music Alumni and a Award Winning Artist. He has shared the stage and opened for such names as: Johnny Winter, the Atlanta Rhythm Section, Matt Schofield, and many others. In 2013 he hit the blues music circuit with world renowned Blues Harmonica Player Brandon Santini. He toured the Midwest and performed at several major blues festivals before starting his own career.

In 2016, JL & his blues trio won South Florida's Regional Blues Challenge and made it to the Semi-Finals at the International Blues Challenge in Memphis, TN. Shortly after he released his self-written and produced EP "On Down The Road" featuring award winning Blues Artist Matt Schofield. JL won Blues Song of The Year and performed the winning song at the Tucker Theater in Murphreesboro, TN for the 2016 IMEA Awards.

In 2018 JL won two International Music & Entertainment Awards: Blues Artist of The Year & Music Video of The Year (“The Way She Makes Me Feel”). JL's latest release entitled 'Who I Am' is in the Country / Americana genre and features many great songs such as “Who I Am”, “Hold On Tight”, and “Cold Mountain Stream”. It is now available on all major online music platforms. 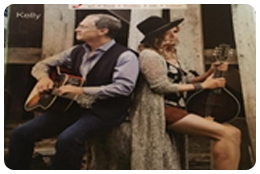 Casey Kelly & Leslie Ellis are not newcomers to performing. Multi-instrumentalist and Grammy® nominated songwriter Casey Kelly, began his career as a Rock-n-Roll recording artist for Elektra Records, touring with Loggins & Messina, Poco, and the Beach Boys. He excelled with his superb finger- picking style as a guitarist for Tom Rush. He had his first success as a songwriter with Bob Lumen and went on to become one of the biggest songwriters in Nashville with hits like “Anyone Who Isn’t Me Tonight” (Kenny Rogers and Dottie West), “Soon” (Tanya Tucker), and George Strait’s iconic signature standard, “The Cowboy Rides Away.”

Grammy® award winning vocalist Leslie Ellis, began her career on Broadway starring in award winning shows like “La Cage aux Folles” and “CATS, The Musical.” She entranced sold out audiences starring as Grizabella singing the famous song we all know and love, “Memory.” After her Broadway days, Leslie became a sought after studio singer and in 1998 won a Grammy® award for singing with Celine Dion on “My Heart Will Go On” from Titanic. 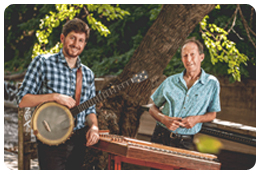 The dynamic father-son duo Ken & Brad Kolodner weave together a captivating soundscape on hammered dulcimer, banjo and fiddles pushing the boundaries of the Old-Time tradition into uncharted territory. Regarded as one of the most influential hammered dulcimer players and Old-Time fiddlers in North America, Baltimore’s Ken Kolodner has joined forces with his son Brad Kolodner, a rising star in the clawhammer banjo world.

The duo started performing regularly in 2009. Among Ken Kolodner’s many credits are a featured solo in an Emmy-nominated CBS-TV Christmas special, over a dozen recordings with sales well over 150,000, an “Indie” winner for Best Seasonal Recording in 1999, a #1 World Music title (Walking Stones) and bestseller for BMG (with over 55,000 copies sold).  Ken toured with the world music trio Helicon for over a decade and continued to tour as a soloist. He was the first and remains the only U.S. player to be invited to play at the International Hackbrett Festival in Germany along with the world’s best players. His extensive repertoire of thousands of pieces includes the traditional music from over 30 countries on all continents.

Brad’s original composition “Otter Creek” was the most played instrumental on the charts. Through performance and on the strength of Brad’s first recording, the recently named Strathmore Hall Artist In Resident and WAMU Bluegrass Country DJ has rapidly gained national recognition for his delicate touch and writing. Rachel Eddy (fiddle, banjo, guitar, vocals) joins the Kolodners for this performance. 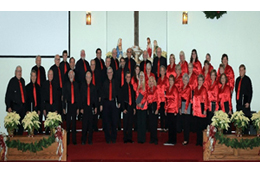 The long history of male choruses is closely intertwined with the Welsh traditions in the Southern Ohio hills. Chief among the musical legends of these hills is the late D. Merrill Davis of Jackson, OH. As a music educator in the public schools for many years, and director of the Welsh Eisteddfod, he instilled the appreciation of good music in the hearts of his students.

The D.M. Davis Male Voice Choir was established in Jackson January 12, 2009 when Michael Adams and Wilbur McCormick met with the Southern Hills Arts Council Board of Trustees and proposed that they provide a home for a new male choir at the Markay Cultural Arts Center. Membership in the D.M. Davis Male Voice Choir is by invitation only, with each member expected to attend regular practices once each week, represent the chorus through music in our various communities, and pass on good music by the education of young singers. Musical renditions vary from Barbershop to Gospel to Glee Club style; from comedy to serious; from love songs to patriotic to religious.

The roots of the Women’s Choir go back to 2015 when it was suggested that some of the wives of the Male Voice Choir sing with the men at the men’s Spring Concert. The women sang five songs on their own and two with the men and that first experience was both successful and enjoyable. The Women’s Voice Choir is directed by well-known local singer and choir leader, Rick Noel. 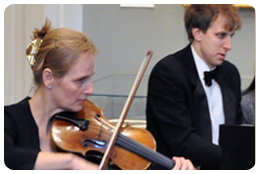 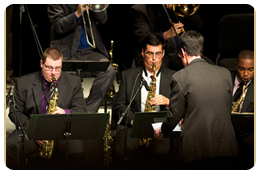 The Ohio University Jazz Ensemble is part of the jazz performance experience at Ohio University and covers a wide array of repertoire. Other components of the jazz experience include Jazz Ensembles, Jazz Combos, and the Jazz Percussion Ensemble. These ensembles are open to all qualified students by audition, regardless of major. Concerts on and off campus, tours, and consistent contact with guest artists provide students with a variety of performance opportunities. Graduates pursue performing and teaching careers. Some continue their formal studies in jazz at prestigious graduate programs. Others are active performers and educators around the country.

The highlight of the academic year is the annual Athens Jazz Festival in April which features acclaimed guest artists, student performances, OU jazz faculty performances, and Athens-based ensembles performing in concerts, clubs, and informal jam sessions throughout the week.
Learn more about the Ohio University Jazz Ensemble at http://ohioschoolofmusic.com/jazz/ 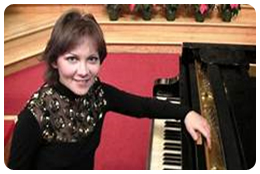 Alina Kiryayeva is a Ukrainian born virtuoso classical pianist who has performed on three continents. Ms. Kiryayeva performed her first solo recital at age eight and her solo debut with an orchestra at age eleven. She was the First Prize winner of the Senagillia International Competition in Italy and has also claimed top prizes in several international piano competitions in the U.S. She was honored by the Ukrainian President, Leonid Kravchuk, with the State Award for Achievements in the Arts.

Alina is one of very few classical pianists that completed both Bachelors and Masters degrees at the Juilliard School on full scholarship. She has toured the Ukraine, Russia, Mexico, France, Germany, Austria, Holland, Italy, Japan, and the U.S. She has performed with numerous orchestras in the U.S. and abroad. Alina is also an avid chamber musician, having collaborated with an array of esteemed artists.