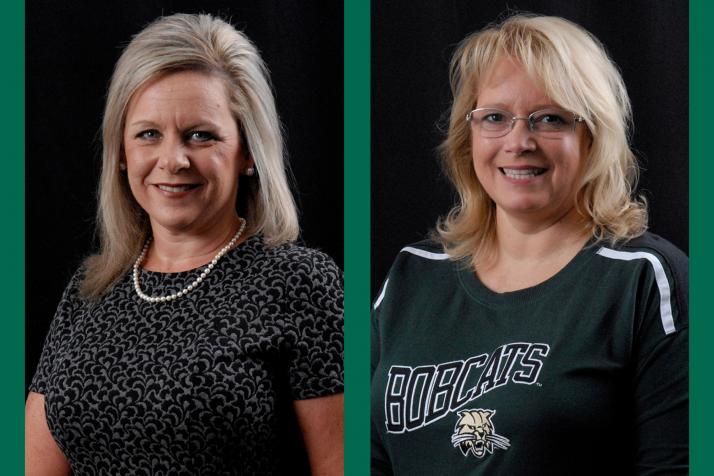 "In order to become great professionals, students must first gain knowledge from great teachers," said Dr. Char Miller, director for OHIO's School of Nursing. "I'm proud of our Nursing faculty's commitment to furthering their education, staying on top of cutting-edge medical trends and helping to foster the next generation of healthcare leaders."

Hamilton, a Wurtland, Ky., resident, said she became a nurse because of her desire to care for those in need.

She earned a Bachelor of Science in Nursing from Marshall University in 1996, and a Master of Science in Nursing, Nurse Educator Tract, from Ohio University in 2009. She began at OHIO Southern as an adjunct instructor in 2005. She became the nursing skills lab coordinator in 2006, followed by assistant professor in 2011. She was tenured and promoted to associate professor and associate director of nursing in 2017.

“Nursing requires a commitment to lifelong learning,” Hamilton said. “Healthcare evidence grows exponentially daily. To be a competent and effective nursing professional, it is essential nurses continue to seek ongoing educational opportunities. It feels wonderful to have completed a challenging program and earned the terminal degree for my profession. However, I will pursue continuing education throughout my professional nursing career.”

“There is a need to improve patient perception of care which the evidence has shown will empower patients to be more engaged in their healthcare and thereby improve physiological outcomes,” Hamilton said.

“As a respiratory therapist I was able to see in the hospital the opportunity to expand my learning and role in patient care, so I moved into nursing,” Delaney said.

Delaney began teaching at OHIO Southern in 2005 as an adjunct instructor and became full-time in 2006, transitioning to a tenure track position in 2007. She obtained tenure in 2013 and became an associate professor of nursing. She served as associate director of the nursing program for two years before returning to a core faculty position in 2015.

“My whole life I have been motivated by the role modeling of my parents regarding ambition, pursuing life dreams, and giving back to others with love and compassion,” she said. “Advancing my education has given me opportunities to be the type of person I want to be and care for others.”

“I like learning how the neurology of brain-based learning strategies supports innovative teaching,” she said. “My doctorate project was the use of mindfulness activities to support elementary students impacted by emotional trauma’s resilience in the school room setting.”

“Mashawna Hamilton and Beth Delaney are both incredibly dedicated nursing faculty members who instill nursing excellence into every student they encounter,” said Dr. Nicole Pennington, Executive Dean for Regional Higher Education & Lifelong Learning and Dean of Campus and Community Relations at the Southern Campus. “I am extremely proud of their recent achievements to advance their own nursing education. Their own professional growth will only further enhance Ohio University's nursing programs.”