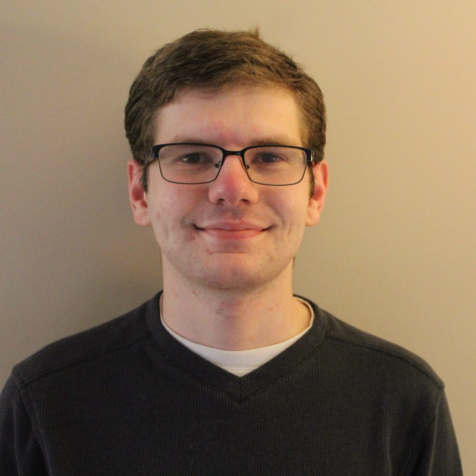 A Richland County student’s natural curiosity led him to produce a piece that placed among the top 20 in the Multimedia Innovative Storytelling category of the Hearst Journalism Awards.

“I live in a semirural part of Richland County, so I used to drive and run past roadside cemeteries pretty regularly,” he said of the inspiration for the story about those who take care of family cemeteries.

After Boll wrote an earlier story about military honor guards performing at funerals during the COVID-19 pandemic, he said he started thinking more about those cemeteries. His Fundamentals of Online Journalism class with professor Tim Sharp provided the opportunity for what Boll described as a “passion project.” The class taught him how to map all the county’s cemeteries.

“I thought it was just fascinating,” he said of the story, which covers the aspects of maintaining a historical record and respect for the dead. WOUB Public Media published the story.

Boll said he was surprised to learn of the honor. “It’s actually the first award I’ve gotten for any story I’ve done. It was definitely a cool moment. Other people think this is an interesting story and worth knowing about.”

Boll reports for The New Political and is president of the award-winning campus chapter of Society of Professional Journalists.

The story is available at https://woub.org/2020/11/24/the-forgotten-cemeteries-of-richland-county/.

The Hearst Journalism Awards Program was created in 1960 to provide support, encouragement and assistance to journalism programs and students at the university level. Winners of the competition receive scholarships as well as grants for the university they are representing. The awarded scholarships are prestigious and require hard work as well as a passion for the field of journalism.