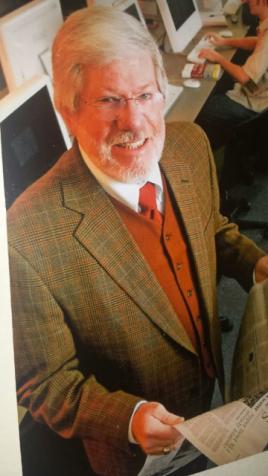 LANCASTER, S.C. — George T. Arnold, a 1980 Ph.D. graduate of the E.W. Scripps School of Journalism, has completed a seventh edition of his textbook/resource book “Media Writer's Handbook, a Guide to Common Writing and Editing Problems.”

The book has been published continuously since 1996 and has sold more than 35,000 copies at more than 300 colleges and universities in the United States and abroad. Arnold is a professor emeritus at the W. Page Pitt School of Journalism and Mass Communications at Marshall University where he taught language skills, news writing, ethics and law for 36 years.

“’Media Writer’s Handbook’ just sort of happened on its own,” Arnold explained. “It developed from years of class handouts I prepared to help students improve their language skills. I had no idea it would last through so many editions and extend into a third decade.”

A native of Beckley, West Virginia, Arnold worked seven years as a newspaper reporter in Beckley and Huntington to finance his bachelor’s and master’s degrees from Marshall University. He has published more than 50 professional and academic articles.

After his academic career, Arnold turned to writing fiction. He started with a short story, “One Minute Past Christmas,” and followed it with his first novel, “Wyandotte Bound,” set in the Western frontier in the last quarter of the 19th Century. It is being published by Speaking Volumes Publishers.

His second novel, “Old Mrs. Kimble’s Mansion,” is centered in his home state and also is under contract with Speaking Volumes. Its anticipated publication date is late 2020.

All three books are or will be available on Amazon. 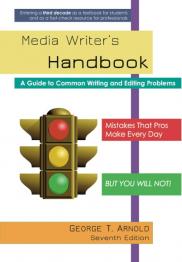