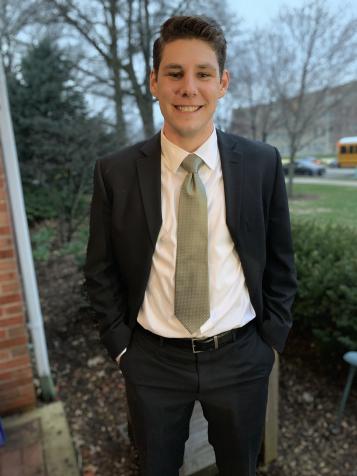 What clubs and organizations were you involved in? WOUB and its various television/radio programs.

Did you have any jobs on campus? I worked at West 82 during my last two years at OU.

Did you complete any internships? What were they? Where? I had an internship in Athens with the Southern Ohio Copperheads, a collegiate summer team that plays in Athens. With the C-heads, I served as assistant director of communications and media. I spent the spring of my junior year as the Indianapolis Indians’ Baseball communications assistant. The Indians are a Triple-A baseball team in Indianapolis, and I spent almost the whole season working for them.

Briefly describe the aspects of your Scripps experience that you think most helped you land your job: The ability to start gaining the experience I wanted right away. From day one, I became a part of WOUB and made important contributions to programs I wanted to be a part of before I even got to campus. My older peers, supervisors, and even professors were instrumental in trusting me with these experiences and guiding me toward success within them.

How do you feel about graduating? I was ready but also not ready. I was ready for some things to be over with, like school work and the anticipation. But I wasn’t ready to leave my best friends and the magic of Athens. I don’t think it really hit me until the moment I drove away from Athens for the final time as a resident. I still don’t think it will fully set in until the next school year kicks off and I’m not there.

In June, a whole new class of Ohio University students came to campus for Bobcat Student Orientation. If you could tell them one thing, what would it be? Pay your dues. That sounds strange, but it’s a message I’d tell any of my peers these days. Things don’t come as easy as they may seem, and that’s okay. Failing and waiting your turn are part of the process of growing up. Plus, why would you want to rush anything during your first of four years in the greatest place on earth? Alumni, seniors, juniors, and sophomores all wish they were freshmen again. Believe me. You’ll grow more comfortable with time, and when your time is up, you’ll wish it didn’t move so fast.