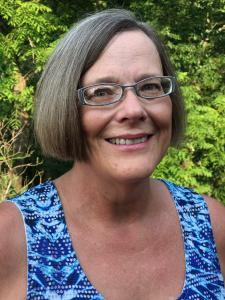 Karen E. Riggs, PhD, is professor of media studies in the School of Media Arts & Studies at Ohio University in Athens. She worked as a newspaper journalist for 10 years, starting as a feature writer and later assuming the duties of managing editor at the Vero Beach Press Journal in Florida. She received her doctorate in mass communication at Indiana University in 1994 and joined the faculty of the University of Wisconsin-Milwaukee in the Journalism and Mass Communication Department, and was later appointed department chair. In 2001, she joined the faculty of the Ohio University School of Telecommunications (now School of Media Arts & Studies) as school director. She was the first woman to rise to full professor in the school.

Along with numerous journal articles, Riggs has published two scholarly books on media technologies and aging: Mature Audiences: Television in the Lives of Elders (Rutgers University Press: 1997) and Granny at Work: Aging and New Technology on the Job in America (Routledge Press: 2004).

In 2013, she founded the Scripps College of Communication Certificate in Social Media Studies, now one of Ohio University’s largest certificate programs and one of the first such undergraduate programs in the country. As coordinator, Riggs designed and teaches numerous courses in social media, including Content Curation, the first such college class in the nation. She tweets about social media and has almost 10,000 Twitter followers.