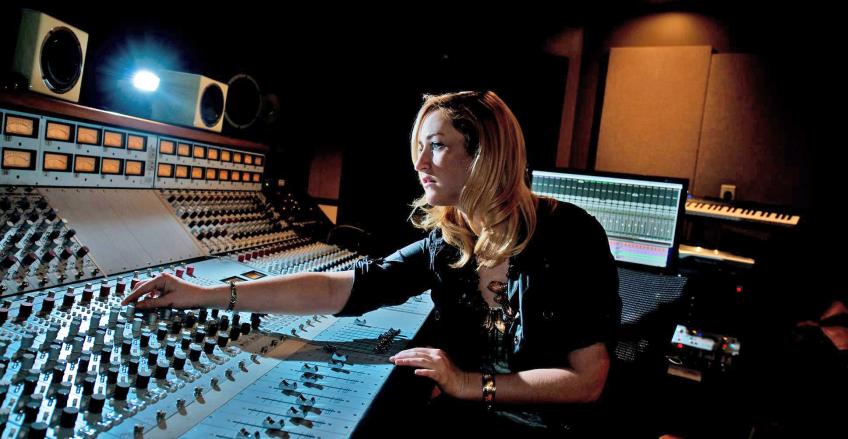 MDIA Students have access to a host of state of the art audio facilities, which include the following.

RTVC 315 is our Mixing and Mastering Studio. The room was based upon a design by Walters-Stork Design Group (WSDG) and is centered around a Rupert Neve Design 5060 Summing Mixer and Antelope Orion 32 channel AD/DA converter for mixing and a Prism Sound Lyra for mastering.

The Schoonover Center 448 Suite is a Walters-Stork Design Group flagship facility that features a 9-pit Foley and ADR stage. The room is designed as a both a critical listening environment and for post-production mixing.