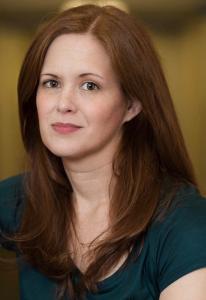 Allison Epperson is a director, producer and performer based in Athens, OH.  For over ten years, she worked with Missoula Children’s Theatre (MT) as a Tour Actor/Director.  Allison completed over 350 residencies with schools, military organizations and performing arts centers all over the world.  Shortly after coming off the road, Allison received an MFA in Directing from Ohio University under the mentorship of Dennis Delaney. While there, she directed Really Really, Mrs. Packard, A Girl Named Charlie, The Big Fuckin’ Giant, Top Girls and Blackbird. She also had the privilege of assisting directors Robert Barry Fleming on his production of Caroline, or Change at Tantrum Theater and Margot Bordelon on Do You Feel Anger? during the 42nd Humana Festival of New American Plays at Actors Theatre of Louisville. Allison is on the reading committees for Hedgepig Ensemble Theatre (NYC) and the Essential Theatre Festival (GA).  In Atlanta, she has collaborated with CenterStage North, Act 3 Productions and Live Arts Theatre.