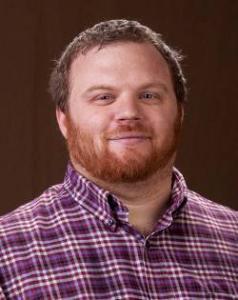 Benjamin R. LaPoe II (Ph.D., Louisiana State University) is an Assistant Professor in the School of Communication Studies at Ohio University, teaching political communication and race. He currently serves as the director of the Political Communication certificate; he is also the adviser for Ohio University’s Political Communication Student Group. Previously, LaPoe was an assistant professor in interactive storytelling at Western Kentucky University. At WKU, Ben served as an adviser for WKU’s Multicultural Student Journalists group, assisting in its growth by five-fold during his time at the university. He also headed WKU’s School of Journalism and Broadcasting’s Diversity Committee. He is a past and current officer within AEJMC’s Minority and Communication’s division.

LaPoe is the first author on a book released this past February (2018), Resistance Advocacy as News: Digital Black Press Covers the Tea Party. This book tracks coverage of the Tea Party from the modern group’s beginning in early February of 2009 until two weeks after the 2012 general presidential election in November. He is coauthor of the book Indian Country: Telling a Story in a Digital Age, where he wrote about the history of media and minority press. LaPoe has also been published in several books that address politics, media, and race with key political media and African American scholars such as Dr. Jinx C. Brous- sard (“A History of the New Orleans Times-Picayune,” in News Evolution or Revolutions? The Future of Journalism in the Digital Age, ed. A. Miller and A. Reynolds. New York: Peter Lang Publishing, 2013), and Dr. Jas Sul- livan (“The Black Press and Priming,” in Critical Black Studies Reader, ed. R. Brock and D. Stevenson. New York: Peter Lang Publishing, 2016). Most recently, LaPoe has been conducting research on Social Network Analysis of Political Candidates’ circles of support. LaPoe earned his PhD in media and public affairs, with a concentration on race and political communication, from Louisiana State University’s Manship School in 2013. LaPoe received a BA in English in 2003 and an MS in journalism in 2008, both from West Virginia University. Prior to the PhD program, LaPoe worked in the WVU’s Dean’s office writing and producing content for the alumni magazine.