The technology is a cost effective mechanism that removes substantial amounts of CO 2 from the gaseous effluents of scrubbed fossil fuel-fired power plants. The process is facilitated by the use of algae that have been grown on fabric sheets in a high temperature (thermophilic) environment. The algae are located in a separate chamber downstream of the scrubber, and are exposed to the effluent gas stream in the presence of carefully designed lighting conditions and nutrients. After their maturation, the algae can be harvested to maximize CO 2 consumption. The usage of the scrub units in the biological control of CO 2 is suitable as they provide an ambient environment for the growth of the algae.

The process is carried out as follows: CO 2 moving towards the smokestacks is passed through running water and converted into bicarbonates. This water is then passed through bioreactors that contain a series of screens coated with CO 2 absorbing algae. An efficient harvesting technique is employed to remove the algae from the fabric sheets through a mechanism of spray washing. The resultant liquid slurry is filtered using a sieve to remove the mature algae, and the remaining slurry is sprayed on the fabric plates to assist in re-population.

According to the US Environmental Protection Agency, more than 5 billion tonnes of CO 2 are produced annually in the US alone. The industry consumption for this by-product is less than 40 billion tones, and is far more economical to produce commercially than by recycling the CO 2 from the flue gas. Hence, the necessity to control the amount of CO 2 from industrial emissions cannot be stressed enough. US’s commitment towards the Kyoto protocol calls for taking measures to reduce CO 2 emission in the atmosphere in order to control the greenhouse effect. 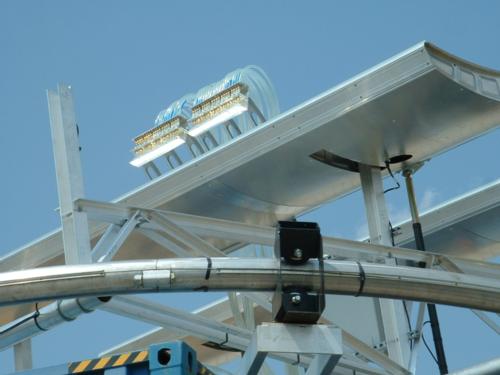 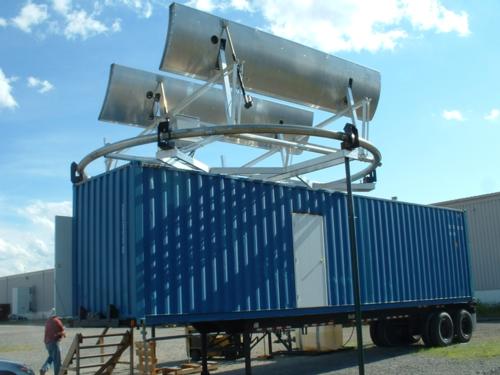 Dr. David Bayless is the Loehr Professor of Mechanical Engineering at Ohio University, Director of the Ohio Coal Research Center, Director of the Robe Leadership Institute, and Fellow of the American Society of Mechanical Engineering. He is also the Voinovich School for Leadership and Public Service Faculty Fellow, as well as the Graduate Faculty in Chemical Engineering. His research interests include development of photobioreactors for remediation of CO 2 emissions, coal and biomass gasification via ultra-high temperature steam reforming, Fischer-Tropsch reforming of coal syngas, adapting planar solid oxide fuel cells to use coal-derived syngas, hot gas particulate cleanup, membrane-based wet electrostatic precipitation for particulate and mercury control, and membrane-based wet electrostatic precipitation.