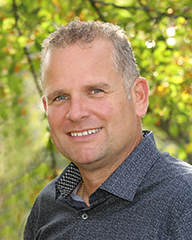 Ohio Gov. Mike DeWine appointed Matthew T. Evans to a nine-year term on the Ohio University Board of Trustees.

Evans, who received a bachelor of arts in political science from Ohio University in 1993, is the president of Boich Companies, a diversified holding company of energy services and energy marketing businesses.

Evans worked in the Ohio Senate and in the administration of Gov. George V. Voinovich. In 1995, he opened and managed Duke Energy’s Central Ohio office and represented Duke’s interests as the electric utility marketplace was deregulated.

He joined Boich Companies in 2001 and led its public affairs activities at the state and federal levels. He served as an interface between Boich and several of the nation’s largest activities. He became Boich Companies’ president in 2016 and focused on leading the company into a more diversified portfolio in the energy sector. He serves as an advocate for utility-scale solar development with a focus in southern Ohio.

Evans and his wife, Heather, live in Upper Arlington, Ohio, with their two children.

“I am excited to welcome Matt Evans to the Ohio University Board of Trustees,” Board Chair Dave Scholl said. “Matt’s leadership and experience gained in the energy industry and in government will provide excellent insight to a very strong board, and we’re grateful for his continued engagement and willingness to serve his alma mater in this new capacity.”