"OHIO Presidential Inaugurations: Past and Present," a new exhibit on the fourth floor of Alden Library, showcases items from the University's Archives related to past presidential inaugurations at OHIO.

As the University community looks ahead to the next presidential inauguration on Wednesday, Oct. 18, the exhibit gives students, faculty, staff and visitors the opportunity to explore scenes and artifacts from the previous 20 presidents in OHIO's history.

President M. Duane Nellis and First Lady Ruthie Nellis visited the exhibit during its opening reception on Tuesday, Oct. 3. The exhibit, curated by Head of Arts and Archives Sara Harrington and University Archivist and Records Manager Bill Kimok, is open for viewing during regular library hours. 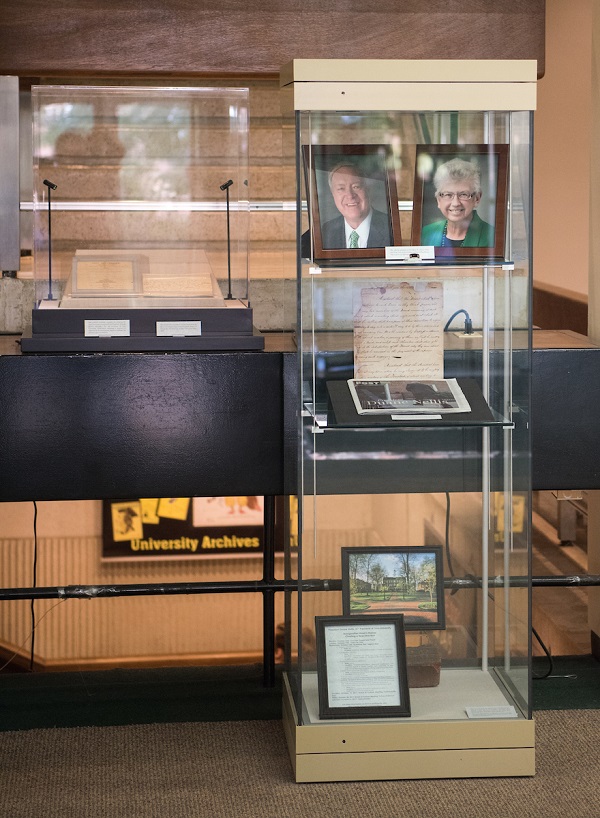 undefinedPortraits of 21st President M. Duane Nellis and First Lady Ruthie Nellis are displayed among artifacts from University Archives showcasing the history of the presidency and presidential inaugurations at Ohio University. Photos by Ben Siegel. 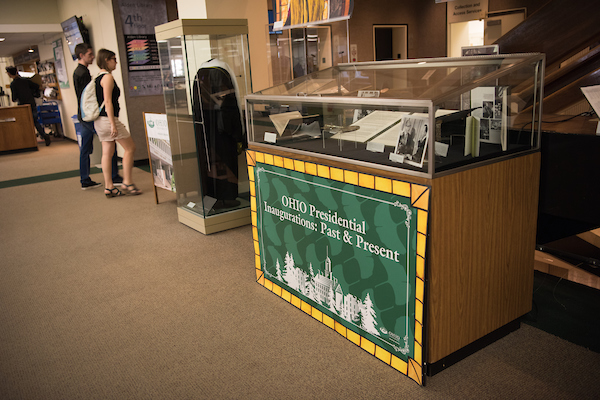 undefinedThe graduation robe of OHIO's 15th president, Vernon R. Alden, is displayed as part of the exhibit. Alden served as president from 1962-1969 and in that time, the University saw a doubling of enrollment and faculty, a great expansion of the campus area through urban renewal and the continuation of a construction program that included a new regional airport. 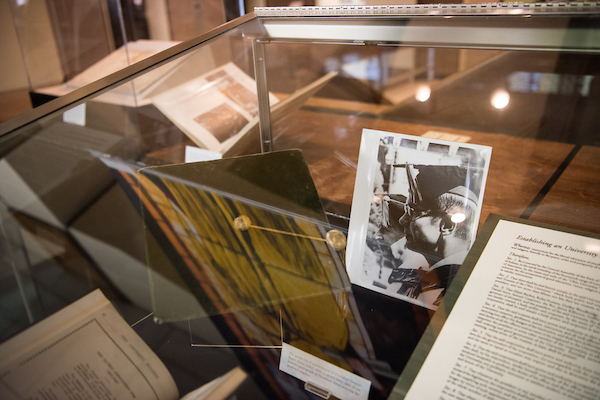 undefinedHistoric photos and memorabilia, including this mortarboard, were compiled by Head of Arts and Archives Sara Harrington and University Archivist and Records Manager Bill Kimok for the exhibit. Harrington noted that the exhibit reflects both the longstanding traditions of Ohio University, as well as how each inauguration reflected the personality of the incoming president. 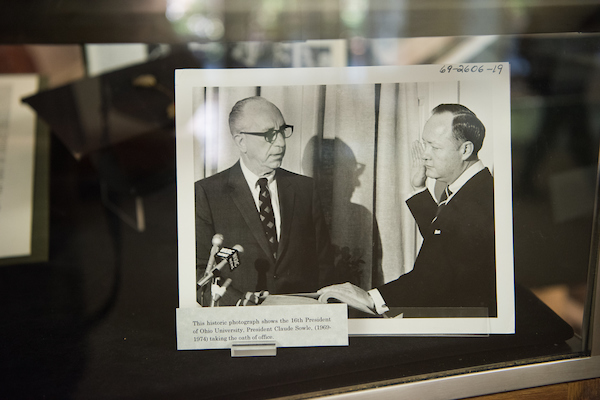 undefinedA photo in the exhibit shows 16th president Claude R. Sowle taking the oath of office in 1969. Sowle led OHIO through challening times in the 1960s and 1970s and the latter part of the Vietnam War. An advocate of openness in policy determination and administration, he sought through public forums to enhance understanding and support of higher education locally and throughout the state. 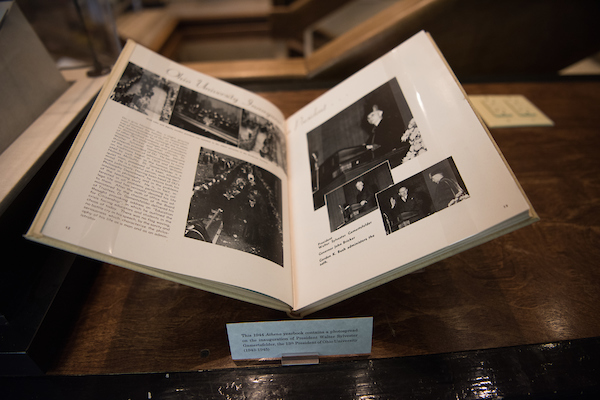 undefinedA 1944 Athena yearbook features a spread of the inauguration of 13th president Walter S. Gamertsfelder. Gamertsfelder served as president on an interim basis from 1943-1945; prior to that, he served a dual deanship of the College of Arts and Sciences and the Graduate College. He had been a member of OHIO's faculty since 1921. Upon completion of his term, Gamertsfelder returned to his deanships. Upon reaching the mandatory retirement age for administrators in 1951, he was granted the title Trustee Professor, the first person to be so honored. 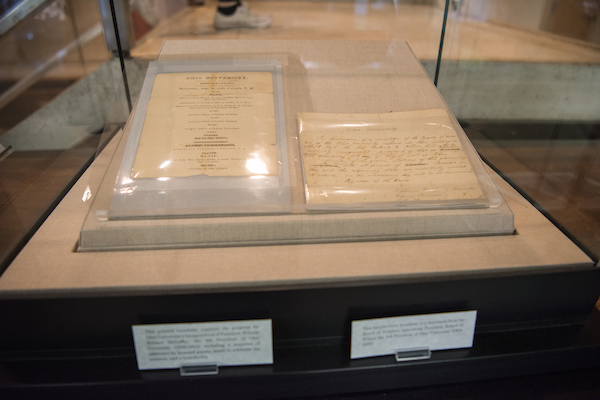 undefinedProgram notes from the inauguration of fourth president William H. McGuffey in 1839 are displayed as part of the "OHIO Presidential Inaugurations: Past and Present" exhibit at Alden Library. During his presidency, stately elm trees were planted on College Green and are now referred to as "McGuffey Elms" in his honor. After he left the presidency in 1843, McGuffey went on to work in secondary education, and then as a professor at the University of Virginia. 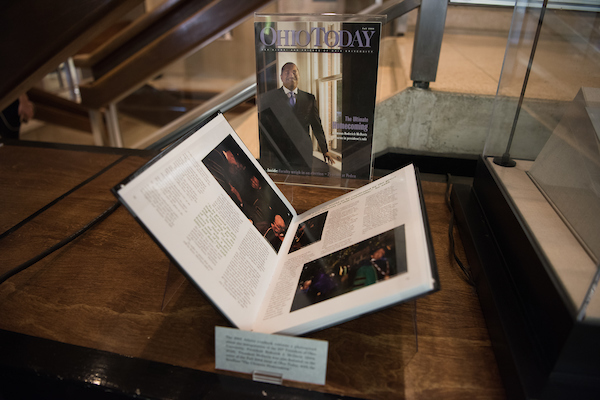 undefinedCoverage of 20th president Roderick J. McDavis' inauguration in 2004 in Ohio Today is displayed on the fourth floor of Alden Library. McDavis was the University's first African American president and only the second alumnus to lead the institution.