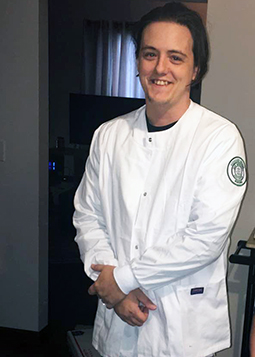 IRONTON, Ohio – In life, we sometimes meet individuals who make a profound impact on us— sometimes without them ever knowing.

It’s unlikely that the many nurses who met John Delawder know just how big of an influence they’ve had on his life. They’ve inspired him to pursue an education, to earn a nursing degree, and to one day set up his own scholarship so that other aspiring nurses can do the same.

Delawder, father of three, has a daughter with special needs, and she has been in and out of hospitals since birth. “The nurses I’ve encountered have changed my life. They made me want to be like them,” Delawder said.

The first step in Delawder’s journey to becoming a nurse was to re-enroll at Ohio University Southern. The program’s reputation and convenience made it an easy decision.
“I have friends in the Ohio University Southern nursing program that say our program is very well respected by local hospitals,” Delawder said, “I was here before and didn’t do so well, I was young and didn’t take school seriously,” he said. “I want to come full circle, graduating from Ohio University is going to be very cathartic.”

Delawder is pursuing an Associate of Science in Nursing and plans to complete the RN to BSN program online. He hopes to specialize in pediatric nursing. Delawder cites the nurses in his daughter’s life as an inspiration and adds, “I love children, I relate to them. I am a big kid myself most of the time.”

Delawder’s dedication and his interest in pediatric nursing make him a prime candidate for the Little Lambs Scholarship offered in memory of Rachel Ann Marie Delaney. He was nominated for the scholarship by one of his professors, Beth Delaney. She speaks highly of Delawder, noting, “He is very deserving, and his heart is in the right place.” The scholarship is awarded to full-time nursing students who are interested in mother-baby, neonatal or pediatric nursing. They must maintain a 3.0 GPA and submit an essay for consideration. For Delawder, the scholarship has been life-changing. He said, “The scholarships I’ve received have inspired my fiancé and I to give a scholarship of our own when we’re able to do so.”

Delawder credits his loved ones – his fiancé, his children and his family – for his success in the nursing program. Their support helps him to endure long days of work and school. His advice to other students in the program is simple, “The key is knowing that your hard work pays off.” 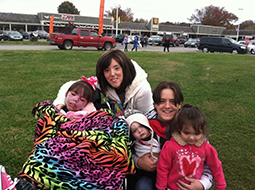