The award is based on a combination of the achievement of the school's commissioning mission, its cadets' performance and standing on the command's National Order of Merit List, and its cadet retention rate. 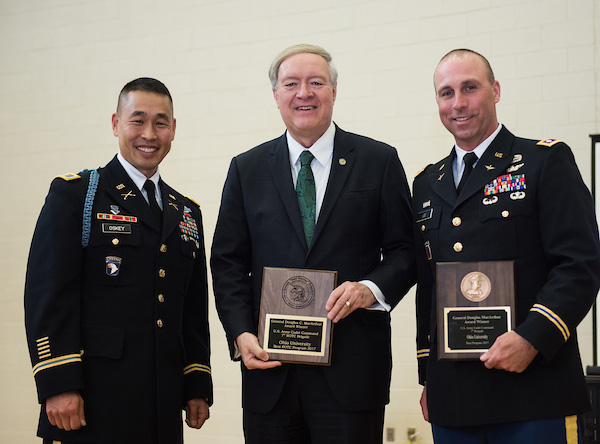 undefined7th ROTC Brigade Commander Col. Lance Oskey (left), Ohio University President M. Duane Nellis (center) and Lt. Col. Brook Lee, Ohio University professor of military science, attended the MacArthur Award presentation ceremony in the Ohio University Ping Center on Wednesday, March 21.  “This is a significant achievement for the Bobcat Battalion and I congratulate its members on this fine accomplishment,” Ohio University President M. Duane Nellis said. “These future military leaders and their families make sacrifices every day in the name of serving their country and we are proud to provide them with a collaborative, supportive educational environment as they continue to grow.” 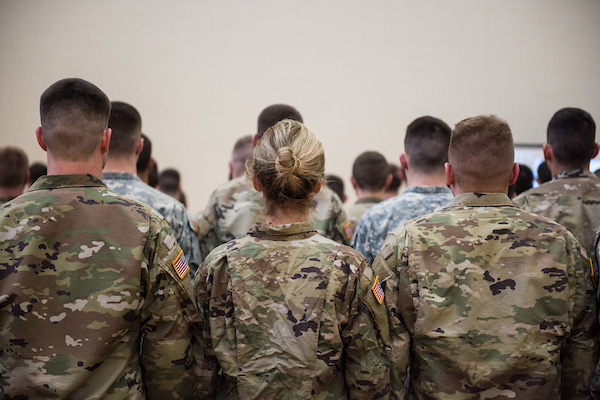 undefinedOhio University ROTC cadets stand during the playing of the national anthem during the MacArthur Award presenation ceremony on March 21. “Receiving the MacArthur awards is truly an honor and represents years of hard work and dedication put forth by all the cadets, faculty, and staff in the Ohio University Army ROTC Department,” said Lt. Col. Brook Lee, professor of military science with OHIO’s Army ROTC program. “It is a team effort by all that starts with dedicated young men and women who are educated and mentored by world-class military officers and non-commissioned officers.” 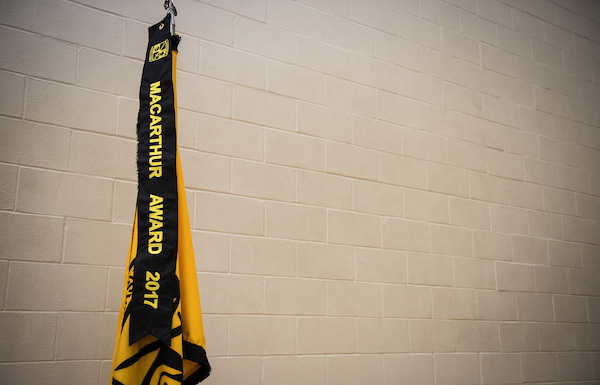 undefinedThis is the banner that was presented to the Bobcat Battallion on March 21. Ohio University has been named to the 2018 Military Friendly Schools list by Victory Media for seven consecutive years. 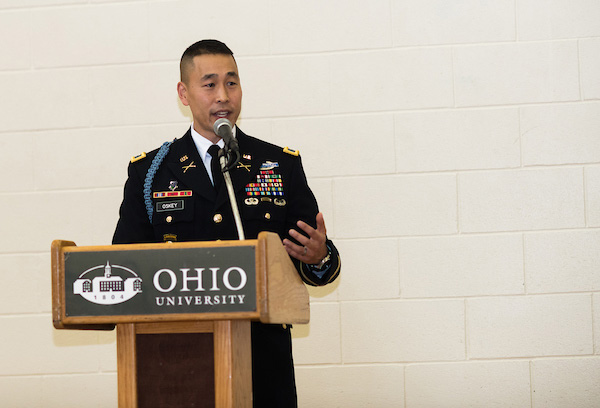