OHIO Esports ready to kick off in new arena 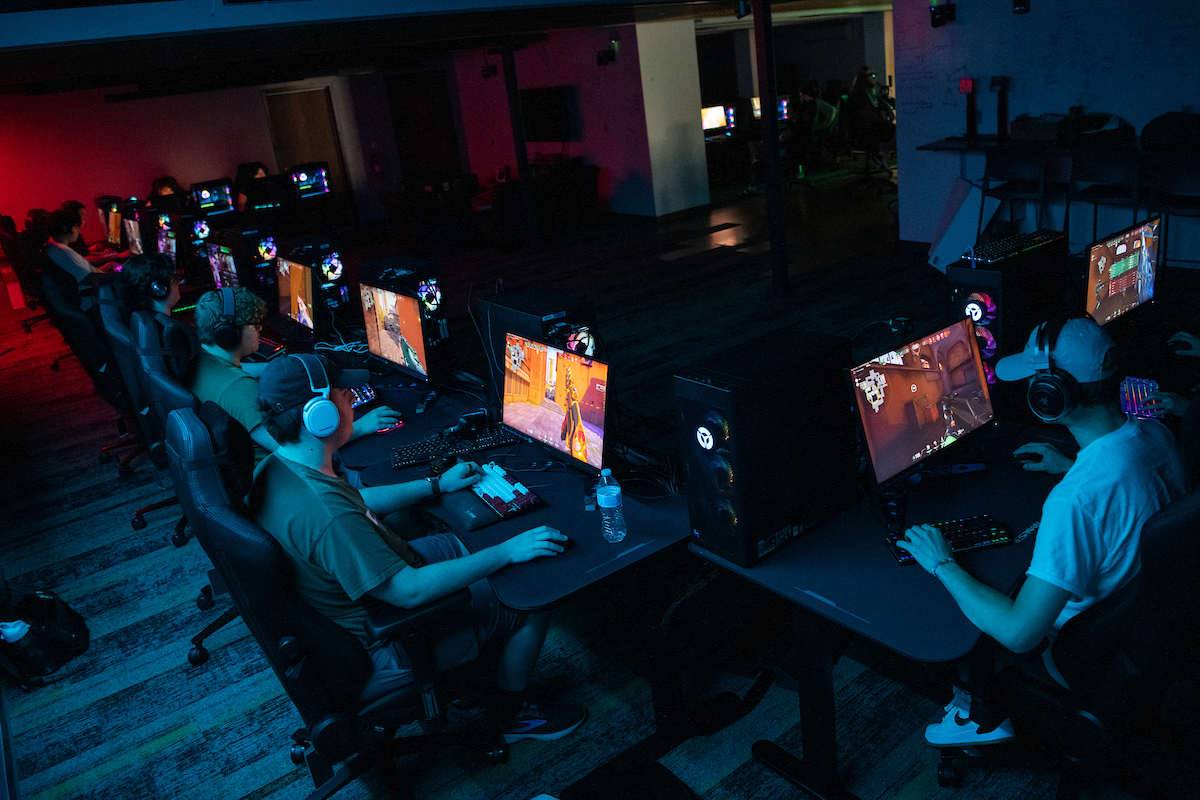 Ohio University video game players and supporters will get to enjoy a new area this fall. The OHIO Esports Arena is officially opening on Monday, Sept. 12.

Located in Scripps Hall 001, the new facility will be home of the Bobcat Esports Club, as well as the varsity OHIO Esports team that competes in the Mid-American Conference (MAC)’s Esports Collegiate Conference.

Before the opening of the arena, the club would field members to play for the MAC Esports Collegiate Conference varsity teams. Now, when competition occurs, the team is able to play together in the same space with updated technology.

The decision was made to start fresh this academic year and create the OHIO Esports team to give everyone a fair chance at making it.

“We’re restarting everything this year, anybody can try out and get a spot on the team,” Jeff Kuhn, Ph.D., esports director, said. “I think the arena is a great representation of the student demand and the love they have around esports and video gaming. At the end of the day, all the students want to do is put on an OHIO jersey and play for their school. It’s a chance for these students to show their Bobcat pride at the thing they excel at.”

Tryouts for Rocket League and Valorant teams were held Aug. 27-28 in the new arena and try outs for the other games will happen throughout the academic year.

The arena has its own broadcast station with an announcer desk and a production and editing room to allow for live streams on Twitch. There will also be auditions for student broadcasters this fall.

While the arena is a dedicated experiential learning and competition space, all OHIO students are invited to use the area whether they are a casual gamer or a serious one.

“When students hear esports, they often think of the competitive side, but we’re also trying to showcase that students can play video games and hang out with friends, too,” Kuhn said. “If you love music, books, or theater, there are places for you to go on campus. If you love games, here is a social place for you.”

By having a designated place to socialize, connect, play and learn, the esports program is poised to continue growing. There are already plans in the work to involve OHIO’s regional campuses.

“We’re hoping to get a few computers on the regional campuses. We currently have some members at the Lancaster and Zanesville campuses,” Kuhn said. “With esports, there isn’t a men’s or women’s team, you don’t have to be physically present, there is just the team. Anybody can play on the team if you practice and give it a try.”

By providing access to the computers and technology, the esports community here at OHIO has open arms for anyone with a love of games.

OHIO community members interested in learning more about the new arena and the rise of the esports industry can tune into the Ask the Experts livestream next Thursday, Sept. 8.

Students can stay updated about esports at OHIO at www.ohio.edu/esports.

To celebrate the new arena and give all students a fair chance to try out, the completive teams were wiped clean after the previous season.

Students tried out for spots on the OHIO Esports competitive teams in Rocket League and Valorant on Aug. 27-28.

The 2022-23 Rocket League team includes of the following students (with player names):

The 2022-23 Valorant team includes of the following students (with player names):