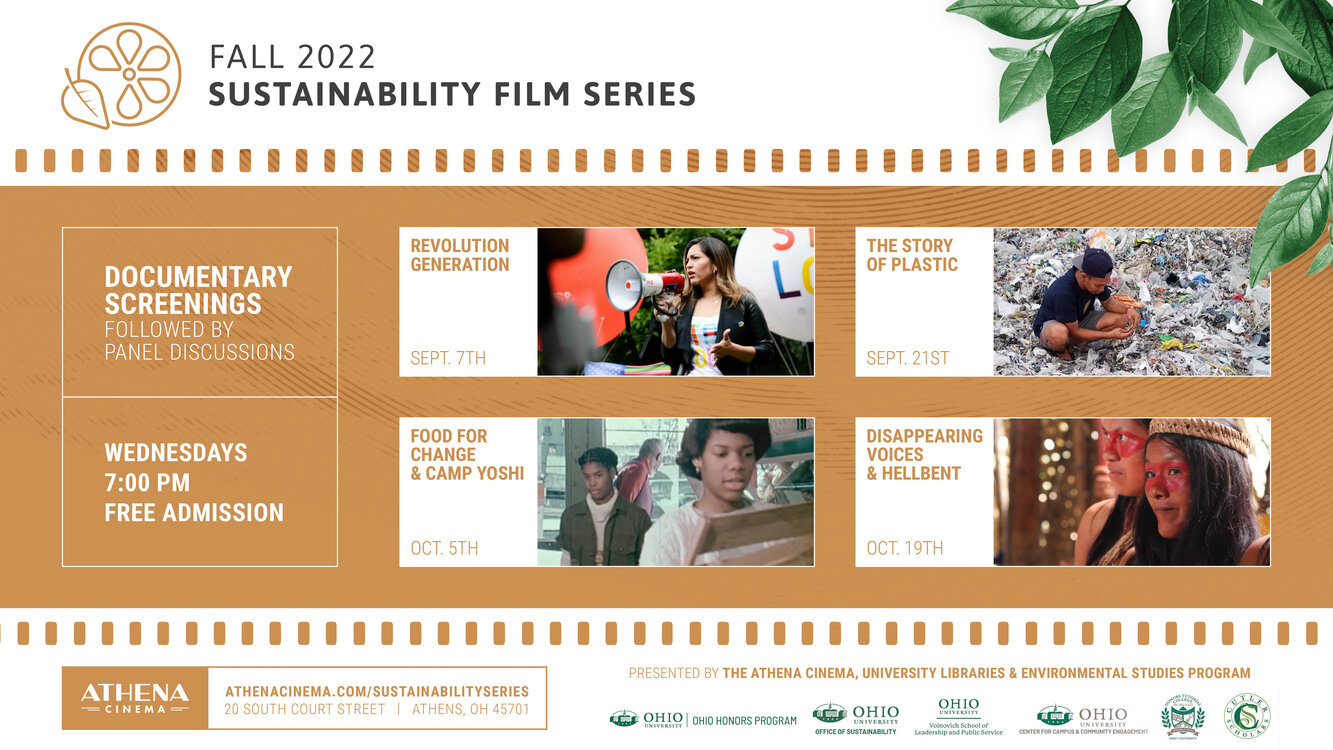 This year marks the 10th for the series, one that has highlighted documentary films dealing with environmental issues. Screenings for each begin at 7 p.m. Tickets are free and available to the general public. This year’s featured documentaries have been met with critical acclaim and are only screening in select locations across the country.

Screenings will include talkbacks, panel discussions and Q&As with filmmakers. Panels — which are often composed of students, faculty and community activists — share with the audience a wide range of perspectives on the topic of the film.

On Sept. 7, “Revolution Generation” will kick the series off. The documentary is about the world-changing activism led by the largest youth generation in history. A post-screening discussion will be led by Mary Nally, director of OHIO’s Center for Campus and Community Engagement, which is sponsoring the series. “Revolution Generation” speaks to the work of the Nally’s organization to create “lifelong engaged citizens and foster resilient communities.”

Following the screening of “The Story of Plastic” on Sept. 21, the Athena Cinema will host members of Athens Rethink Plastics, a local group concerned with the adverse effects of plastics, as guest panelists. The film is an exposé revealing the truth behind plastic pollution and recycling.

The Athena anticipates this year’s series will draw over 1,700 attendees. Since the series inception, over 5,000 attendees have participated in the series.

The full schedule of films in the series follows.

The sustainability series is founded by Athena Cinema, Ohio University Libraries and the Environmental Studies program.