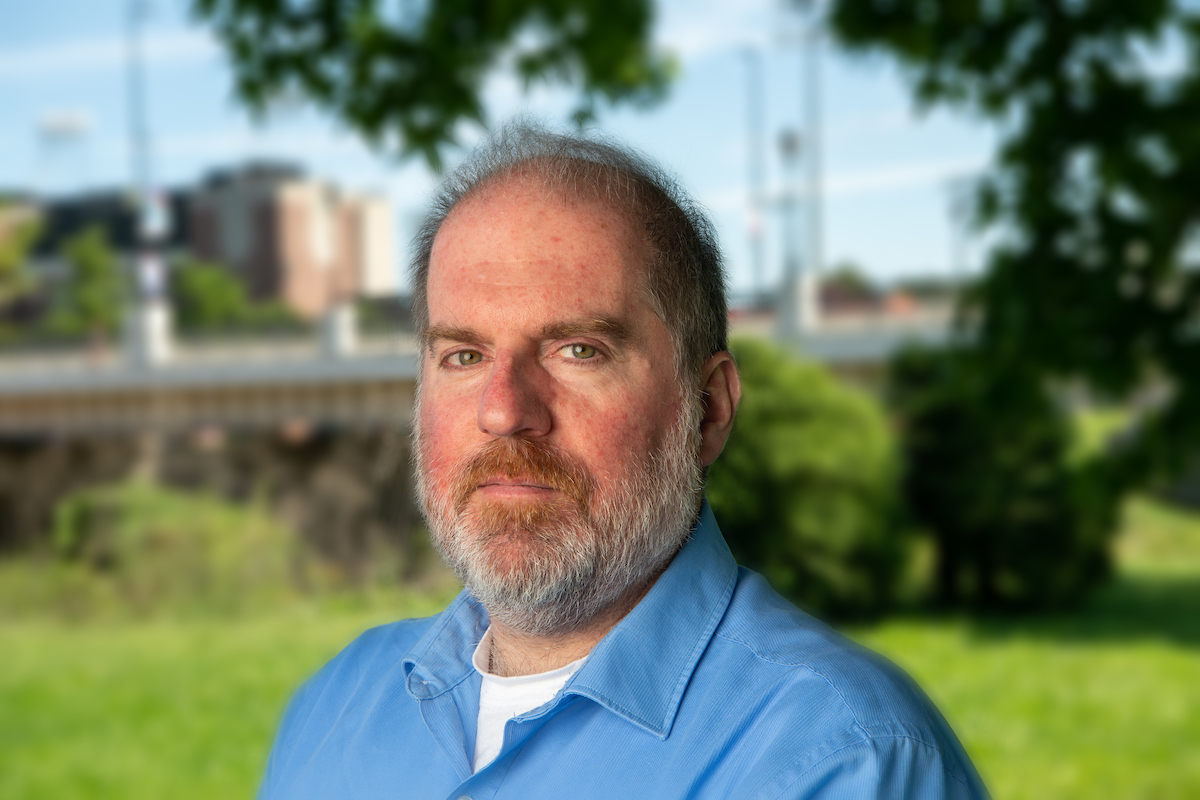 Often when researching the molecular and biological changes that happen in space, models such as rodents, worms, and yeast are used to study the effects and consequences of long-duration space flight as a way to understand how microgravity impacts humans in space. However, OHIO’s Nate Szewczyk, Ph.D., and several other researchers from around the world have published a paper that proposes a program for the European Space Agency that could potentially revolutionize space medicine by routinely collecting astronauts’ biological samples from astronauts for use with cutting-edge technologies to understand the effects on their genes, mRNA, proteins, and metabolites (commonly referred to as “omics” technologies).

The paper, titled “Routine omics collection is a golden opportunity for European human research in space and analog environments,” published in the journal Patterns, details how omics profiling is primed to transform space medicine and improve occupational healthcare for astronauts. The paper’s authors anticipate that omics profiling will improve astronauts’ health and mitigate spaceflight risks, which could increase mission success on more ambitious endeavors such as voyages to Mars. The group of researchers go on to highlight in the paper the collaborative steps that should be taken to design a standardized data resource that can be used for years to come as data and science evolves.

“We’ve been lobbying for a routine omics collection program to become part of the standard measure for astronauts in the European Space Agency,” Szewczyk said. “By recovering and analyzing this data, we have the opportunity to further investigate the best practices in personalized medicine for the individuals sent into space.”

A twin study was done by NASA where the organization did molecular profiling of one individual which showed it is possible to use large data approaches to understand astronaut health. In the NASA study, they measured how fit the astronaut was before flight, in flight, and after flight to gather their health information and how it may fluctuate in space. After being able to analyze and see the utility of this big data set, NASA decided to make it a standard approach going forward.

“We took advantage of NASA making this standard practice because we feel it is something other space agencies need to address to ensure they are finding the best approach to their astronaut’s health while in space,” Szewczyk added.

One of Szewczyk’s colleagues, Brian Clark, Ph.D., who directs the Ohio Musculoskeletal and Neurological Institute (OMNI) at OHIO noted “it is an exciting time for the field of astrobiology. For decades we have known that space flight poses substantial risks to human health and that the physiological effects of prolonged space flight vary tremendously from one person to the other. If you look at ten people that spend six-months on the International Space Station, you will see dramatically different responses between people in things like the amount of muscle and bone loss that they experience. Some experience a staggering amount of loss while others fare considerably better. The advent of omics technologies is clearly our best bet to understand what drives this variability and truly advance personalized space medicine. The knowledge to be gained from these kinds of studies extends far beyond the confines of outer space and has implications for traditional medicine, such as understanding the impact of prolonged disuse that occurs following injury, reconstructive surgery, and illness. It is great to see this call to action and we are extremely proud of Nate’s stature and influence in the space medicine field.”

The team who coauthored the paper is comprised of scientists, including Szewczyk, whose work focuses on space omics. They are tasked with looking at how NASA made the decision to take an omics approach to understanding the molecular and biological impact of astronauts in space and if this measure is something that the European Space Agency should follow along with as well.

Besides identifying whether this practice is beneficial to other space agencies, which data types to collect, which sampling methods to use, and at which time points, they are also looking at what can be measured by multi-omics approaches, such as astronaut’s genomes and what genes are being expressed, what metabolites are present, are there any changes in proteins, and more.

“Thanks to innovations in science, instead of measuring models and translating that data to humans, we are now able to measure people and look at an individual’s genome and predict if their genome is at risk for cancer or diabetes, or if a specific drug may or may not work on them based on their genome,” Szewczyk said. “This is an opportunity to take the same modern molecular medicine approaches and use it on astronauts to identify potential health risks. It is more meaningful than using models and a real opportunity for all space agencies to know and say that the astronauts they’re sending into space are and will be safe.”

Along with providing insight to how routine omics collection can improve astronauts’ health, the team of researchers also appraise ethical and legal considerations pertinent to omics data derived from European astronauts and spaceflight participants, with the goal of creating a policy landscape where data can be as open as possible to maximize scientific potential but as closed as necessary to protect the data subjects.

Szewczyk is an Osteopathic Heritage Foundation Ralph S. Licklider, D.O. Endowed Professor in Molecular Medicine and Principal Investigator of the Ohio Musculoskeletal and Neurological Institute in the Heritage College of Osteopathic Medicine. He has previously flown worms into space, analyzing what changed in them in space and comparing the gene expressions in space with rodents and astronauts, looking for commonalities in change like proteins that allows muscles to function and proteins that allow cells to produce energy. He is currently following up findings from these past flights on two new investigations scheduled to fly to the International Space Station in the coming years.