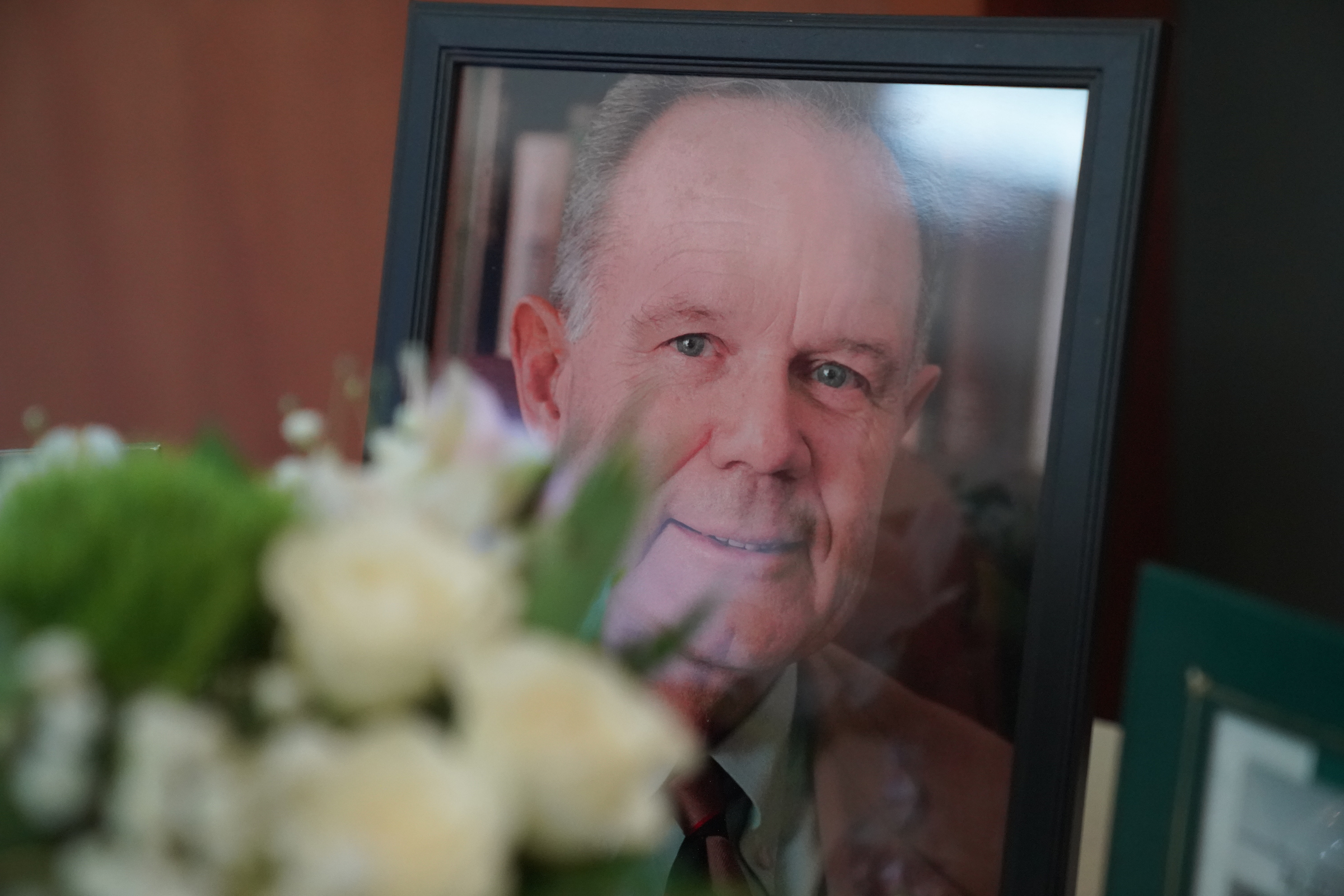 Former coworkers, students, friends and family gathered on Friday, April 1, to celebrate the life and legacy of President Emeritus Charles J. Ping, who passed away in July 2021.

“Yes, he was one of the finest presidents that Ohio University’s ever had,” President Hugh Sherman said during the memorial. “But I would suggest that what makes Dr. Ping so special is not that he was president, but who he was as a human being. He was deeply passionate — a loving person who led a life worth living during every one of his years.”

The program was held in the Walter Hall Rotunda on the University’s Athens campus. Jack Ellis, vice president for development emeritus at Ohio University, served as the master of ceremonies.

Several of Ping’s family members were present for the memorial program honoring the beloved OHIO leader.

Ping served as the 18th president of Ohio University from 1975 to 1994. In 19 years, he led Ohio University to its then-highest enrollment of 25,000 and oversaw two separate fundraising campaigns that raised $22.6 million and over $132 million, respectively. Ping's work in establishing a general education curriculum and increasing the University's prominence as an international student destination were among his notable accomplishments.

Following his retirement as president, Ping took a year's sabbatical before returning to teach and direct the Ping Institute for the Teaching of the Humanities. He remained active and engaged with Ohio University, particularly through his work with the Cutler Scholars program, which has had a lasting impact on the University and its students.

For more information on the life and legacy of President Emeritus Charles J. Ping, please see this memorial website.

Tags:
Office of the President
College of Arts and Sciences
Charles J. Ping Institute for Humanities