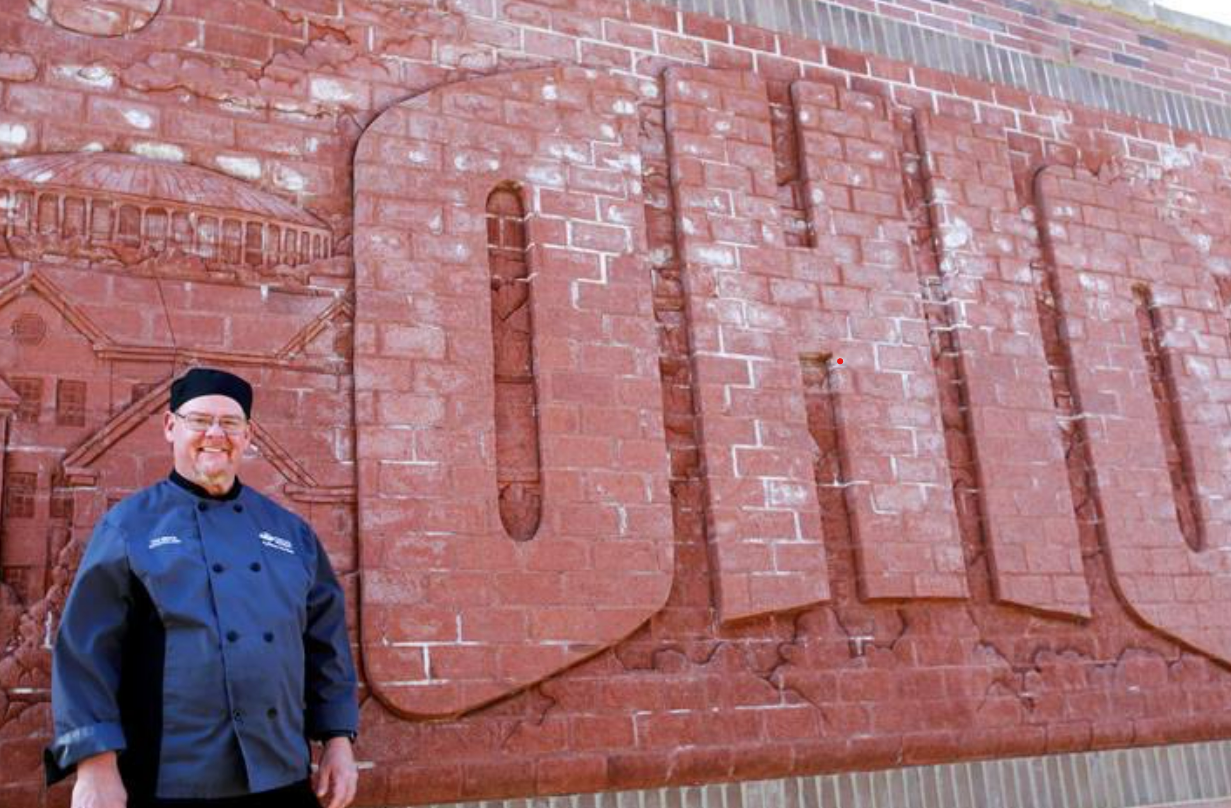 *Editor's note: this story has been updated to reflect the results of the culinary challenge.

Ohio University’s Executive Chef Tim Bruce was selected to compete in the Culinary Challenge at the National Association of College and University Food Services Midwest Conference on March 7.

The conference, held from March 7-9 in St. Louis, Missouri, gives college and university culinary leaders the opportunity to network and exchange campus-centric goals and dining ideas. Amid the several presentations at the conference, Bruce competed against top chefs from a nine-state area in the Midwest in the Culinary Challenge. An awards ceremony followed on March 8 where it was announced that Bruce was awarded the bronze metal.

“It’s an honor to be selected and to represent Ohio University and my culinary team,” Bruce said. “I have been in food service for over 30 years and an executive chef for the last 17 years and have found so much joy in leading a kitchen and getting the chance to teach and mentor cooks and chefs – a production kitchen is all about teamwork and I could not do this without their support.”

Bruce has been Culinary Services’ executive chef since July 2017. After receiving his culinary degree from the Cooking and Hospitality Institute of Chicago, he worked in downtown Chicago for 19 years as an executive chef for Nick & Tony's Italian Chop House and Goose Island Beer Company. He also spent 10 years at Murray State University in Kentucky as their executive chef and owned Calliope Cafe in Chicago.

To be selected for the Culinary Challenge, each chef entered original recipes that includes the main protein selected by the conference. This year’s protein was bone in skin turkey breast, with accompanying side dishes, sauce and garnish. All entries for the region were then judged by a selection committee to choose the top six chefs to compete.

For the competition itself, Bruce will have one hour to cook his six dishes from the recipes and 10 minutes following the cook time to plate his food. He will need to produce four plates in total, three for the judges and one for display. Judges from the American Culinary Federation will then judge the dishes based on taste, plating, as well as their cooking skills, organization, and sanitation while cooking.

“We are proud that Tim Bruce has been selected to compete at the NACUFS Midwest Regional Culinary Challenge,” Gwyn Scott, associate vice president for auxiliaries, said. “This is a great opportunity for Tim to showcase his passion and expertise.  We believe that he will represent OHIO and Culinary Services well.”