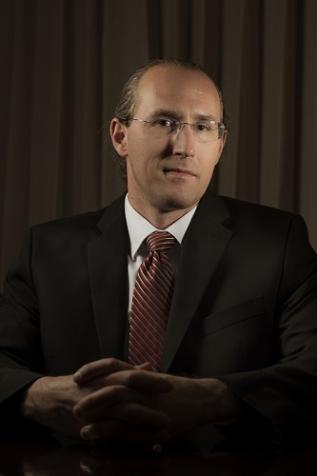 A purpose of the Clybourne Chair is to support scientists focused on translating discoveries from the bench to the bedside. Clark, professor of physiology at the Heritage College, is a prolific scientist, internationally known for his investigations related to the physiological mechanisms of muscle weakness and physical function impairments in the elderly (commonly referred to as “dynapenia”, a term he and a colleague coined a decade ago). In addition to his aging-related research, he also conducts research on the effects of lifestyle modifications, such as exercise and physical activity in health, as well as back pain and spine rehabilitation. His work has been published in major scientific journals as well as in mainstream media outlets such as the New York Times, Scientific American and The Atlantic.

“I am very pleased that Dr. Clark has been granted this endowment for his many notable contributions to the university, college and greater community. As a medical researcher, he has been dedicated to finding practical interventions that help improve the quality of life for older adults and people living with chronic pain,” said Heritage College Executive Dean Kenneth H. Johnson, D.O.

“I am grateful and honored to be selected for this endowment. Dr. Clybourne was recognized for his high standards and demand for excellence. These are traits that I respect and hope to carry forward as I continue my work at Ohio University, the Heritage College and OMNI,” said Clark.

The Clybourne Chair was created as part of the Osteopathic Heritage Foundation’s Vision 2020: Leading the Transformation of Primary Care in Ohio, an historic $105 million award presented to the Heritage College in 2011. OHF approved Vision 2020 to transform the Heritage College into a nationally prominent institution that trains primary care physicians to serve the rural and underserved areas in Ohio. It includes numerous goals and objectives, one of which is advancing clinical research. To meet that objective, the award provided funding for three endowed chair positions: the Clybourne Chair; the John J. Kopchick, Ph.D., Endowed Eminent Research Chair; and the James O. Watson, D.O., Endowed Research Chair.

“With the support of the OHF, we hope the college can continue the momentum of building a research infrastructure of national distinction that will seek solutions to health care challenges facing people of our state, particularly those living in underserved areas,” said Richard Vincent, OHF president and CEO.

“We are very grateful for OHF’s continued support of the college’s mission. Their gift equips us to attract, retain and promote a distinguished cadre of scientists, like Dr. Clark, who lead their fields and elevate our environment to a high level of scientific excellence. Dr. Clark’s exceptional leadership have positioned him to be most deserving of this noble endowment” said Heritage College Associate Dean for Research and Innovation Sonia M. Najjar, Ph.D.

The Clybourne Chair appointment is for four years and was created to support highly productive faculty whose translational research spans multiple areas. Over his career, Clark has secured more than $10 million in grants from a variety of sources including the National Institutes of Health. His work has heavily focused on the integration of exercise physiology, nutrition and pharmacologic interventions and conservative therapies. He has published extensively, having written over 90 journal articles or book chapters and more than 150 abstracts. His work has been published in journals such as Exercise and Sport Science Reviews, Journals of Gerontology: Medical Sciences , and the Journal of Applied Physiology. Clark has also received numerous research, teaching and mentoring awards at Ohio University.