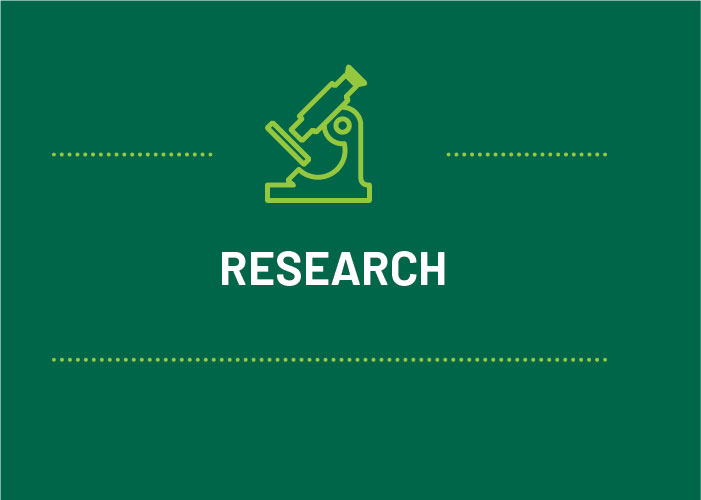 (ATHENS, Ohio) The Ohio University Heritage College of Osteopathic Medicine has developed a $17 million research endowment strategy designed to expand and strengthen the college’s research platform. The endowment strategy, made possible by the Vision 2020 Gift from the Osteopathic Heritage Foundation, includes funding for three named endowed chairs, as well as a named endowment for professorships and fellowships.

“Our college has made significant progress in research, and we are extremely grateful for the OHF’s remarkable investment and continued commitment to our mission and vision,” said Kenneth H. Johnson, D.O., executive dean of the Heritage College. “With the OHF’s generous support, we will continue to expand our efforts to support our faculty and build the infrastructure needed to take our research program to the next level.”

In April, Brian Clark, Ph.D., executive director of the Ohio Musculoskeletal and Neurological Institute, was named the first Clybourne Chair. More information about Clark and the Clybourne Chair is available on the Heritage College’s website.

“Our endowment strategy was built on the Heritage College’s vision to foster the scientific growth of existing faculty and to attract exceptional scientists to join the mission to take the college on a distinguished scholarly path,” said Heritage College Associate Dean for Research and Innovation Sonia M. Najjar, Ph.D. “Endowments send a strong message of recognition of scientific achievement. They bestow a distinct sense of responsibility to commit to the highest standard of research conduct in honor of the endowment.”

The endowed research strategy was developed as part of the OHF’s historic $105 million Vision 2020 award presented to the Heritage College in 2011. OHF approved Vision 2020 to transform the Heritage College into a nationally prominent institution that trains primary care physicians to serve the rural and underserved areas of Ohio. It includes numerous goals and objectives, one of which is advancing research in clinical and health systems science.

“We are proud of the steps the Heritage College has taken to grow and develop its research program. The more robust and rigorous the program, the more likely solutions will be discovered that could improve the health and quality of life of vulnerable populations in Ohio,” said Richard Vincent, OHF president and CEO.

The Heritage College endowments include the following:

The Kopchick Endowed Eminent Research Chair is a five-year appointment given to a faculty member of national distinction who is conducting basic science and translational research in the area of diabetes and metabolic diseases. The chair is named in honor of John Kopchick, Ph.D., a world-renowned molecular biologist, Goll Ohio Eminent Scholar and professor at the Heritage College and Ohio University’s Edison Biotechnology Institute. He is known for his discovery of a compound that became the basis of a drug called Somavert, used to treat a disorder causing excessive organ and bone growth. This one treatment has improved the lives of thousands of individuals and has earned substantial royalties to support promising new research programs at Ohio University

The Watson Endowed Research Chair is a four-year appointment awarded to a faculty member of national distinction who is conducting translational research that spans the interests of more than one Heritage College health-related institute or builds collaborative relationships outside the college. This named endowment honors James Watson, D.O., a distinguished surgeon, medical educator, advocate for osteopathic medicine and research, and one of the founders of Doctors Hospital in Columbus. Watson served as the president of the American College of Osteopathic Surgeons in 1952-53 and was the first osteopathic physician to serve on the Ohio State Medical Board, a post he held for nearly 30 years. Watson died in 1985 at the age of 84 at the hospital he helped establish.

The Clybourne Endowed Research Chair is a four-year appointment given to a faculty member of national distinction who is conducting translational research that spans the interests of more than one Heritage College health-related institute or builds collaborative relationships outside the college. This named endowment honors Harold Clybourne, D.O., as one of Doctors Hospital’s founders, who served as a hospital trustee for nearly 30 years. A skilled orthopedic surgeon and educator, he established the hospital’s orthopedic residency training program (one of only four in the nation at the time) and was revered for his high standards and demand for excellence among residents and interns. Clybourne served as the chair of Doctor’s Hospital’s Department of Orthopedic Surgery until his death in 1969.

The Licklider Research Endowment includes opportunities for faculty at all levels of their career to earn endowed professorship and fellowship awards. Three award categories provide Heritage College faculty supplemental funding to conduct promising translational research. This named endowment honors Ralph Licklider, D.O., as one of Doctors Hospital’s founders and a former president of the Ohio Osteopathic Association of Physicians and Surgeons (OOA). For more than 30 years, he served as chair of the hospital’s Department of Ear, Nose and Throat while working to raise the status of osteopathic medicine and ensure equity and financial support for osteopathic physicians.