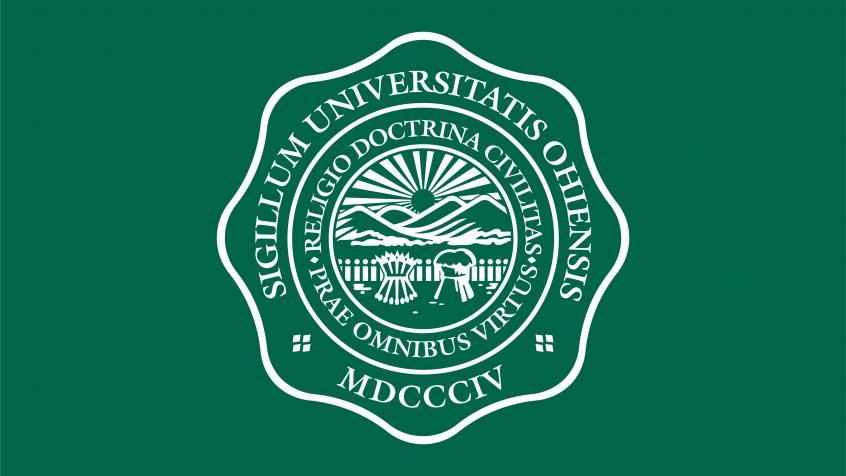 More than 200 new physicians received their doctor of osteopathic medicine (D.O.) degrees from Ohio University on Saturday, April 18, giving the graduates the possibility of putting their talents to work sooner in the state’s ongoing response to the COVID-19 outbreak.

The university was scheduled to hold commencement for its Heritage College of Osteopathic Medicine on May 9 before social distancing guidelines prompted postponement of spring ceremonies. Earlier this month, the medical school announced plans to confer degrees three weeks earlier than planned to provide needed reinforcements for the state’s health care workforce.

More than 70 percent of the 223 individuals receiving medical degrees on Saturday matched into residencies in Ohio, and eight are doing military residencies. About 17 percent of the graduating class come from under-represented minority populations, and almost 28 percent are first-generation college students.

Ken Johnson, D.O., Heritage College executive dean and Ohio University chief medical affairs officer, said in a video message to graduates that he didn’t want to let the day pass without formal recognition. “I want you to remember, as you go on to the next part of your journey, that we’re here for you,” he assured the new physicians. “We’re here for you every step of the way.”

Athens campus Dean Beth Longenecker, D.O. (’91), told graduates that their achievements were cause for celebration, even without a formal commencement ceremony. “Realize that while you may not have your ideal moment in the spotlight, you have become a beacon that will shine for others when they need it the most.”

Dublin campus Dean Bill Burke, D.O. (’88), told the class that “you chose this path knowing that it would be difficult. You chose it because you wanted to make a difference in the lives of your patients.” While they hadn’t planned to begin their careers in the middle of a worldwide pandemic, he added, “it will be a part of your legacy. You are the heroes of this story.”

Isaac Kirstein, D.O., dean of the Heritage College, Cleveland, agreed. “I know you didn’t sign up to be a physician, or a student for that matter, during a pandemic,” he said. “But what a time to graduate! What a time to make a difference!”