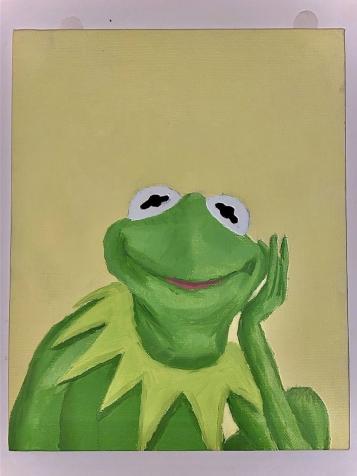 Josie Book is a Junior from Portsmouth, Ohio, majoring in Information and Telecommunication Systems at the McClure School.  A group of ITS students (including Book) had the opportunity to work with the Office of Information Technology (OIT) over the summer setting up equipment, such as access points, in buildings across campus. She sometimes had to trace wires to switches, which is network hardware, and had to figure out which ports on the switch go to which room. She was tasked to perform network upgrades as well.

“I got to see a lot of rooms that I normally wouldn’t see,” Book said. “We had to be observed a few times; some faculty were afraid we were going to contaminate some experiments in some of the labs we had to do installations in.”

She learned to solve issues first-hand and without any assistance. Most of the time she and her group were left to work out minor issues that occurred during the position.

“Instead of asking what to do for every situation I didn’t know what to do, I always sat there and tried to figure it out for myself first, and when it actually started working, it felt a lot better,” stated Book.

Book worked as a Network Distributor in the summer. OIT gave her a position to work in the fall and she is currently with a few members that were with her in the summer. She is determined and promotes speaking up for what you believe in.

”Don’t be afraid to push people to get you in spots you want to be in.” Book said.

Josie is planning on working as a Sales Engineer, or something related to network security.

In her free time, she enjoys crafting, painting, and crochet. She is also vice president of TSMA, the McClure School student group.