The Importance of the Overseas Chinese

Overseas Chinese, numbering over 30 million and living in over 136 different countries and areas, are now the most widespread ethnic group in the world. Overseas Chinese carry their significance not just in their number and extensive geographic distribution but also in their varied contributions to the world. With liquid assets of several trillion dollars, Overseas Chinese play a significant role in the economic development of the Asia-Pacific region in particular and the world in general. They have brought Chinese culture to every corner of the world, thus enriching and diversifying the cultures of their adopted countries. Their increasing political consciousness and participation is visible in local and national affairs of the countries where they reside.

People of Chinese ancestry are and have been particularly important economically and culturally in Southeast Asia. In most countries in Southeast Asia, Overseas Chinese comprise a substantial minority of the population and have contributed significantly to the historic growth, intellectual vitality, and economic property of those nations. Generally they have become dedicated citizens of the nation in which they reside but often are considered outsiders or second-class citizens.

At the same time, many Overseas Chinese have contributed meaningfully to regional development, particularly in Asia, and to the reconstruction of China. Throughout most of the twentieth century, they have led in the development of the countries in which they have resided and of China. The contributions of the leading Singapore businessman, Tan Kah Kee, in the founding of Xiamen University in Xiamen ( Amoy) exemplify this commitment to education and to intellectual growth. With personal, corporate, and family ties spanning national borders, they have contributed to international cooperation and understanding.

Why an Overseas Chinese Documentation and Research Center? 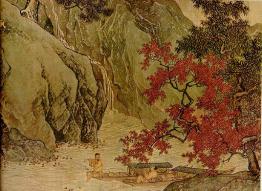 Despite the invaluable contributions of Overseas Chinese to national development in Southeast Asia and elsewhere, their historical role and evidence of that have often been neglected, ignored, or actively suppressed. This has resulted from narrow-minded indigenous nationalism, ethnic jealousies and antagonisms, or ignorance combined with inadequate resources within many of the nations to effectively preserve all but a few outstanding relics or documents.

In China, a number of Centers have been established to record and research Overseas Chinese especially in South East Asia but these have been handicapped by international suspicions between China and Southeast Asia nations. In the West, where Chinese and East Asian Studies have blossomed in the last half century, attention of scholars, libraries, and resource centers have focused on China and on Taiwan to the neglect of Overseas Chinese. Area studies centers focusing on other world areas have also neglected resources on Overseas Chinese in those areas.

The result is that the historical contributions of settlers of Chinese descent are being forgotten. Current and future generations of Overseas Chinese lack access to an authentic record of their proud heritage. Moreover, personal, family, and organizational records are deteriorating and many have disappeared entirely.